If you like collectable card games, you must have heard of Hearthstone.

Developed by Blizzard, Hearthstone was released in 2014. It is the same company that brought us the likes of World of Warcraft and Overwatch.

The game was originally named Heroes of Warcraft because the lore takes place in the same universe as the Warcraft series. Hearthstone is popular amongst card collectable enthusiasts because it covers the pitfalls of other card games and manages to replicate the experience of a physical card game.

Despite the game being 7 years old, users experience some bugs and glitches every now and then. Recent user reports suggest that the game has a bug.

According to reports, Hearthstone players are unable to challenge or invite their friends. This is really deal-breaking since social interaction is a big part of the gameplay.

For over a week I have been having problems playing with friends. Intermittently the challenge a friend button is grey and I am unable to spectate people who are playing. My husband has the same issue but his button is now permanently grey and he’s not been able to challenge anyone for days.

Other friends seem to have it as well. Is this a known issue? It’s really frustrating not being able to play with friends and I’m surprised it’s not been fixed before now.(Source)

Well as the title says, neither of us can challenge eachother. Both have done a check for updates + scan and repair and still not working. What’s the issue?
(Source)

Some reports also suggest that the spectate function is not working as well. It is a common practice in the game to play with or against your friends to improve skills or have fun.

Upon further investigation, it looks like the bug has been rampant for a while now. Users are saying they have been unable to challenge or invite their Hearthstone friends for almost a month.

As it turns out, Blizzard is aware of the Hearthstone ‘unable to challenge friends’ bug and is currently investigating the same.

The developers also shared a workaround that involves restarting the client and sending the challenge again.

However, many users are reporting that the workaround is not working for them even after reinstalling and updating to the latest version of the game.

We hope Blizzard releases an update in the coming days that fixes the challenge and invite bug. 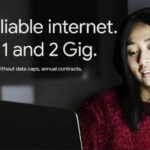 [Updated: Aug. 20] COD Modern Warfare players unable to change reticles on any optics/guns as game gets redirected to lobby