If you like multiplayer survival horror games like Left 4 Dead, you must have heard of an upcoming co-op shooter called Black 4 Blood.

The game revolves around the war against Ridden, a parasite that affects humans and transforms them into Zombie-like creatures.

Back 4 Blood comes with a story campaign mode that can be played with friends and features competitive multiplayer gameplay as well. One might as well say that it is a successor to the widely acclaimed Left 4 Dead with Turtle Rock Studios responsible for the development of the game.

The game will be available on October 12, 2021. It is currently in Open Beta and is accessible to those who have pre-ordered the game. Nonetheless, Back 4 Blood is bound to have some issues.

Ever since the release of the Open Beta yesterday, players have been reporting numerous bugs some of which lead to Back 4 Blood crashing or flickering with various errors. Some players report that the game crashes at launch after getting the splash screen for Black 4 Blood and EasyAntiCheat.

If you are suffering from the same issue, you can try installing the Epic Game launcher and link your Epic Account to your Steam account.

After you are done, try launching the game from Steam and you will be good to go.

In case you are unable to download the open beta on Xbox, some potential fixes include powering off the console and downloading the game afterward.

If the problem still persists, you can try using the Xbox Phone app to download the game or use a code from someplace else.

Turtle Rock Studios have also shared some other ways you can fix the download bug on Xbox.

For those who are getting kicked out from the server constantly, some potential workarounds include granting access to the anti-cheat when it is installed and moving the game to the boot drive.

Also, you can try disabling cross-play to increase your odds of fixing the issue since the game seems to be unplayable on Xbox and PS right now.

You will need to replace the old files in the game folder that can be found in Back4Blood> Engine> Binaries> ThirdParty> Nvidia> NGX> Win64.

Players have also reported that they are getting the “Failed to sign in. Please check your internet network connection” error and are unable to play a single game even after trying to connect for hours.

Last but not least, there is an error related to Unreal Engine 4 that says “Gobi Game has crashed and will close.”

Lowering graphics settings and validating the game files has fixed the issue for some players.

It looks like the game is still in a pretty early stage and has a ton of bugs to sort out before it can see the light of day.

We hope the developers sort out the issues that are making it impossible for people to even get started with Back 4 Blood.

These days, the gaming industry seems to be in a hurry to deliver unpolished games. Some recent examples include the much anticipated Cyberpunk 2077.

Turtle Rock Studios is also asking users for feedback and suggests players to report the bugs they have encountered here and here.

In case you’re still facing issues trying to get your hands on the early access of the game even after pre-registering for it on Steam, then here’s what the game developers suggest doing:

You won’t need a code for Steam. If you haven’t already, try relogging into your Steam account. It should be in your Steam library via entitlement. (Source)

In case you’re facing any issues while trying to get your hands on the beta version of the game, then you can check out the official FAQ by heading here.

Given the number of bugs and issues that are present in the Open Beta version of the game, many users have agreed that the developers should delay the public release to fix the problems, rather than shipping a broken game to the masses.

New reports coming in from players of this game now indicate that the Back 4 Blood matchmaking feature is not working as players can’t seem to join the matchmaking pool. This has since been officially acknowledged.

Turtle Rock has acknowledged a bunch of issues that players have come across with the Open Beta version of the game and have also shared workarounds if available. You can head here to see all the known issues.

In case you forgot, the Back 4 Blood open beta ends at 08:00 PM BST today, i.e. August 16. The game will officially be released in October this year. Here’s the pinned tweet from the official handle on Twitter.

The Open Beta has ended and the team has confirmed that the grand total of Ridden slays yesterday was 880,791,952. More on that here.

Now that the Open Beta is ended and there are little to no chances of another beta before the public release, interested players can pre-order the game by heading here. It will be available on October 12. iPad Pro (2020/21) Magic Keyboard backlight not working for some users on iOS 14.7.1, possible workaround inside 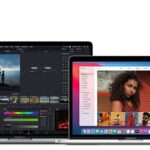