Android 12 is turning out to be one of the biggest updates ever since the introduction of Material Design with Android Lollipop all the way back in 2014.

The OS version brings along a brand new design language dubbed “Material You” with some pretty radical UI changes including roundier than ever corners, refreshed stock apps, redesigned quick settings, and much more.

There is also a new theming engine that picks colors off the current wallpaper and adjusts the entire system’s background and accent colors accordingly, so that every wallpaper change feels like a breath of fresh air.

And with a vast catalog of devices joining the Android beta testing program, Android 12 has been more accessible this year than previous versions ever have, even before official stable release.

However, there’s a catch. As it stands, every device other than the Google Pixels currently on Android 12 beta is running a “slimmed down” AOSP-only version of Android 12.

These include several visual changes including the new quick settings menu and other features like native car key and the new option to translate stuff directly from the recents.

Thankfully, there is finally a way to get all (or at least most) of these Pixel-specific goodies on your non-Google device running Android 12. It works for both – devices with proper beta programs as well as devices running GSIs. This has been made possible by a Magisk module called Android 12 Extensions. The module aims to enable and customize hidden features on preview/beta versions of Android 12.

Its initial version was released in March and allowed enabling stuff like wallpaper-based theming in light and dark modes, the new settings UI, and the privacy dashboard.

Since then, the module has received a couple of more updates and is currently on version 4.1.0.

The changelog for the latest version has been given below:

To download the Android 12 Extensions v4.1.0 Magisk Module, head over to this link. Do keep in mind that since the version is currently still under early access, you will have to purchase it by becoming a Patron.

As for an easy tutorial on how to flash Magisk on Android 12 in order to install the module, head here.

For further info regarding Android 12, be sure to check out our Android 12 update tracker.

01:03 pm (IST): Android 12 Extensions just bagged an update that adds Android 12 Beta 2 support. It carries a version number of 4.1.1 and you can download it from this link.

09:03 am (IST): This Android 12 Extensions Magisk module has been updated to a new version 7.0.0 and while it is still in its early access stages, the following is the changelog. 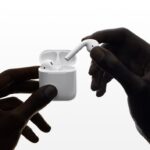