Google is completely redesigning the way we use the world’s most popular mobile operating system with Android 12.

Since Android 12 is still in Beta, we naturally expect it to have some bugs and issues here and there.

Recently, Google released Android 12 Beta 4. The latest from Google added a bunch of new features while removing some pretty useful features such as the ability to launch the clock app from the status bar. Having said that, not even a day has passed by and users are already reporting that the Android 12 Beta 4 has broken VPN functionality for testers.

Users say that they can successfully connect to the VPN, but no data is actually transmitted over the VPN. Those who tried routing all data through the VPN say that Android loses all connectivity if you do so.

All Android 12 Beta 4 users can do right now is give up on using VPN or wait till the bug is fixed.

Moreover, the banner notifications also seem to be broken for users.

If you are running Android 12 Beta 4 and receive a notification banner, no drop-down banner appears in the status bar.

This is really a deal-breaker since users might miss out on important notifications.

Last but not least, users have reported a bug that concerns media players.

In case you play some media on Android 12 Beta 4 and expand the quick settings, the media player disappears without a trace instead of expanding.

While this is not something that hinders the functionality of the device, it is really irritating if you are someone who listens to a lot of music on your device.

It seems that information regarding the above three bugs has been passed on to the development team.

We expect Google to release a hotfix that will eliminate the aforementioned bugs in the coming days.

Till then, Android 12 Beta 4 users have no choice but to get used to these bugs or downgrade their devices to Beta 3.

01:32 pm (IST): The Android banner notifications not showing issue that surfaced following the update to Android 12 Beta 4 has reportedly been fixed and the fix will be available in the next release.

NOTE: We have more such stories in our dedicated Google section so be sure to follow them as well.

03:08 pm (IST): The Android 12 beta 4 VPN issue has been fixed with the Google Play system September update, as per multiple Google Pixel users.

12:44 pm (IST): Google is pushing out Android 12 Beta 4.1 to Pixel users in the beta channel and in the changelog, it looks like the issue has been fully fixed. 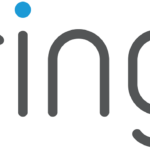 [Updated] Ring aware of Rich Notifications feature not working on some battery-powered devices, fix in the works