Niantic Wayfarer lets you create adventures for yourself and others by mapping areas in your neighborhood that encourage movement, exploration, and social engagement.

Wayfinders can also go at other people’s nominations from places they’ve visited or where they’ve played. A nomination will become a new Niantic Wayspot if it receives enough good feedback.

This, unfortunately, hasn’t gone down well with its users, some of whom have described it as the most broken update ever.

The height of the map areas seem to have been reduced quite a bit on the desktop version, which is a bit of a pain. On the bright side, you can get large previews of other wayspot photos as popups now, rather than having them load in a new browser tab.
Source

Users say that all visual updates so far have been the opposite of an improvement and have led to plenty of issues and annoyances.

The most talked-about problem with the new Niantic Wayfarer UI is auto-scrolling. This can, fortunately, be turned off from the Wayfarer settings.

However, that’s not all. Several users have also complained about layout issues due to which the mobile site doesn’t fill up the display area properly and instead overflows. Due to this, several elements get cropped out. Along with this, all the photos and fonts are reportedly around 25% smaller now. The stars used for nominations and ratings have also undergone a size reduction and are now reportedly harder to click.

Users also report getting black boxes for location accuracy. Links in descriptions have been rendered unclickable.

There are issues with street view as well. It can’t be looked at at all, aside from the closest one. Quitting it causes no ‘yellow character’ to grab for dropping anymore.

That said, it seems that development for the new Niantic Wayfarer UI for Pokemon Go and Ingress players is still underway.

Thus, one can almost consider the site as being in the beta stage currently – a beta version that’s rough around the edges.

While there hasn’t been any official acknowledgment from Niantic for these problems, it is highly likely that they will all be resolved soon. 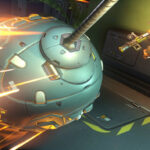 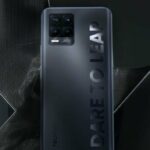