If you are a fan of the Diablo series, you must be aware of the upcoming remastered version of the much loved Diablo II.

Diablo II: Resurrected is an RPG game that lets the players fight through icy caverns, frozen wastelands, and tombs filled with undead abominations.

The game was announced at the Xbox E3 that took place this year. Blizzard also announced that they would be bringing a multiplayer beta, which will be available on certain platforms. Since the game is currently in beta, it is natural to expect some bugs. One game-breaking bug Diablo II: Resurrected players are reporting on the Xbox is that they cannot play with friends.

Even though the multiplayer seems fine when joining a public server, users are reporting that the invite button is not working on Xbox when playing Diablo II: Resurrected.

Players are presented with an “Unable to send invite” error whenever they try to do so. Moreover, it also shows the invited player as offline.

I have the Beta for Diablo 2 ressurected on xbox 1 and can’t for the life of me figure out how to play with friends. I can join a random lobby full of druids but I can’t figure out how to host a lobby or join a friends game. Nothing I search up online is helpful at all so I’m hoping atleast someone here would know how to?
(Source)

On the Xbox series X console, friends can’t join each other as a party, when trying to invite the message ‘’ This feature is currently unavailable’’ is popping up and nothing works when trying to play with friends. Anyone else experiencing this?
(Source)

The console reports that their friends are on the Xbox home screen even when they are in-game.

This is frustrating for many, considering the fact the game literally says it is a multiplayer beta.

One way to bypass this bug is by choosing an activity and asking your friends to join the same activity you are doing so you get on the same server. But it is really hit or miss since you might not be able to get the same server every time.

We hope Blizzard fixes the Diablo II: Resurrection multiplayer invite not working issue on the Xbox before the beta period ends.

12:35 pm (IST): Diablo II game makers are now asking affected players to submit feedback in the community forums. They also note that thy have restarted the EU servers on August 14 in order to improve the gaming experience for players in Europe. 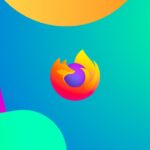