Ever since, Gmail has been dominating the email landscape. In 2019, the free email service reported that it had more than 1.5 billion active users worldwide.

Out of those, more than 75% of users access Gmail using a mobile device. Having said that, Gmail’s popularity has resulted in the service expanding to every platform possible, including Linux, Windows, ChromeOS, macOS, Android, and iOS.

But lately, Android users who have Gmail users are experiencing a weird issue with the app. The Android Gmail app is reportedly downloading .ogg files on phones.

Users were baffled when they found out about the issue and thought they were infected with some malware. In case you are unaware, OGG files are a type of audio file.

I just found these files downloaded to my sound music files at a time I was not doing anything with my phone. This totally made me think my phone or Google account was hacked! They don’t work and I don’t want them. In a time with hacking and phishing being such an issue, I really wish this was distributed as an optional feature that you have to approve. Especially since space in devices can be an issue. Thanks for letting us know they are not viruses!
(Source)

A few moments after the Gmail app updated, people started seeing new notification tones in their Music players in the folder ‘com.google.android.gm’.

Inside that folder, they saw a notification folder containing many more folders, with one folder having some .ogg files.

I am having the same exact annoying issue. I tried just about everything – disabling updates, uninstalling, deleting. I listened to music on my phone a lot so I DO NOT want these sounds to pop up in-between songs, grrrrr.
(Source)

I have a Pixel 4a. I had updated Gmail to 2021.07.11.387440246, the most recent update. A couple days ago I had to do an app data clear of the app. Shortly after that I noticed a new notification sounds in my files. After some digging I found inside the Android/media folder was a new folder called com.google.android.gm. Within that folder was a notifications folder that contained 12 more folders for each of the .ogg files.

I don’t know why Gmail is suddenly downloading notification sound files to my phone. I don’t want or need these files. I don’t use the chat/meet features inside Gmail. No one else I know is having this problem. Deleting the folder only works until my phone is rebooted. The developer response to my review in the playstore was to post here.
(Source)

As it turns out, Gmail developers are rolling out new notification tones for the integrated chat/meet features, which the OGG files are a part of.

When users tried deleting the files manually, the app downloaded the new tones again. It seems that the only way to get rid of these notification tones is to uninstall Gmail updates and install a version that does not contain the new chat/meet features.

After you follow the aforementioned steps, turn off the auto-update option for Gmail from the Google Play Store and make sure you delete the com.google.android.gm folder. While the new notification tones do not take up much space, it is really annoying to see them when using a music player or on devices with limited space.

Also, if you happen to use MX Player, you can go to the play settings, head over to list, file extension, and remove the OGG files from there.

We wonder why Gmail developers suddenly decided to include notification tones in the form of OGG files. The least they could have done is inform users about the new changes and make the downloads optional for those who don’t like them.

The folks handling the Gmail handle on Twitter have confirmed that they’re aware of the auto-downloaded notification tones issue and are working on a fix for it. There’s no ETA for a fix though.

We are aware of the issue and are working on a fix. Please send your feedback directly to our product team. You can do this by following the steps given in this article from our help center: http://goo.gle/2LapI3U. Have a great day! (Source)

Note: We have more such stories in our dedicated Gooogle Section so be sure to follow them as well. 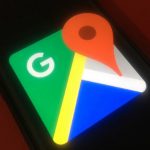