Call of Duty: Warzone Season 5 is already out but some issues have been spoiling the experience for players.

It reported earlier that players were facing lag and stuttering problems after the Season 5 patch but it seems another problem is troubling them.

However, this problem is not particularly related to an issue in COD Warzone Season 5 but the contents of Battle Pass.

As per multiple reports, the Kyubi skin for Kitsune is not showing up for COD Warzone players even after purchasing Battle Pass.

The Season 5 patch notes outline that those who purchase the Battle Pass bundle within two weeks will get the Kyubi skin for Kitsune.

I bought the battle pass and didnt get the kyubi skin, its still says its locked. Did anyone else get this ?
Source

alright so i bought the battle pass today and for some reason the kyubi skin is still locked for me. even tho i got it well before the deal for the skin ran out of time, any help would be great.
Source

However, many COD Warzone players who have purchased the 1000 CP (COD Points)/$10 Battle Pass are complaining that the Kyubi skin is not showing up.

This is inconveniencing players as they basically spent their in-game currency/real money on the wrong Battle Pass.

I accidentally clicked the standard battlepass and now i cant get the kyubi!!!!
Source

I accidentally bought the $10 battle pass and kyubi skin is locked. Is there a way to unlock her?
Source

While the but about the Battle Pass bundle is mentioned in the Season 5 patch notes, it was indeed not clear enough for many.

Now, players are asking for a way to upgrade their Battle Pass without spending the whole 2400 CP. However, a Reddit user has shared a screenshot from Activision support which outlines that the publisher might be looking into options to sort this out.

Hopefully, Activision provides some sort of compensation to affected players or better yet, upgrades their Battle Pass to the one with Kyubi skin. 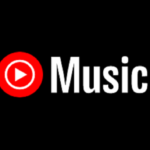 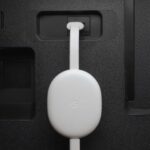