Brawlhalla is a free-to-play platform fighting game that can feature up to 8 players in a single match.

Developed by Ubisoft, the game features 50 unique characters and is enjoyed by more than 40 million people worldwide.

Like the majority of games out there, Brawlhalla also comes with a Season Pass that lets players gain more rewards by completing missions. Having said that, the developers recently launched the Brawlhalla Season 4 Battle Pass.

However, users discovered they were having issues buying the Season 4 Battle Pass on the Xbox console.

According to users, when they tried buying the Battle Pass, they were greeted with a message saying “an error has occurred, new battle-pass is coming soon.”

I open the battle pass screen (on my Xbox one) and click purchase and it just says “Coming soon!”. I have the coins for it and everything. I rebooted the game and my Xbox. Nothing works. Anyone else having this problem?

Whenever I try to buy it it says, “Coming soon” I play on Console (Xbox series x and Xbox 1) and I’ve tried in both consoles and it hasn’t worked. Is anyone going through the same thing?
(Source)

Initially, Ubisoft said that it might take a while before the changes are reflected on Xbox devices.

However, hours passed by and Brawlhalla players on Xbox devices still reported that they were unable to get it.

Ubisoft has now acknowledged the issue and said they are working on a fix that will enable Xbox players to buy Brawlhalla Season 4 Battle Pass.

Many players are saying that they have completed the challenges even before they could buy the Battle Pass.

It will be fair if Ubisoft compensated players with the challenge reward in case the Brawlhalla Season 4 Battle Pass issue is not resolved in time.

Currently, the Xbox Games & gaming, as well as Store & Subscriptions services, are also facing some issues. This might also be the reason why players are unable to purchase the Battle Pass.

Whatever the case might be, we hope it is resolved soon so players can claim the challenge rewards before they are gone.

12:38 pm (IST): Brawlhalla has confirmed that all issues with the Xbox Battle Pass have been fixed. Hence, you should now be able to purchase the Season 4 Battle Pass without any issues.

All issues with Xbox Battle Pass purchases have been resolved! We know it was a long wait and we thank you again for your patience. Enjoy Season 4, everyone (Source) 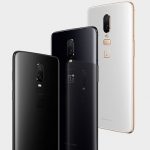 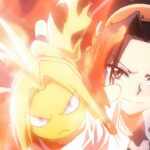 [Updated] Netflix aware Episode 13 of Shaman King is playing audio in Japanese instead of English, fix in the works