Popular exercise and diet tracking platform, MyFitnessPal, has a pretty decent user base. Many people use the MyFitnessPal app on their Android and iOS devices.

However, the MyFitnessPal website or web app is also used to keep tabs on one of the biggest food databases across the globe.

Apart from that, users can also link the MyFitnessPal account with other fitness apps like FitBit, Samsung Health, and more.

However, platforms like MyFitnessPal are bound to have several bugs and issues here and there due to numerous reasons.

Now, MyFitnessPal has updated their Known Issues pages for the Android and iOS apps, website, and integration partners.

It has also been mentioned on the Known Issues pages that all the bugs and issues listed are under investigation.

Also, the pages will be updated as and when the listed bugs on the MyFitnessPal app and website get resolved. Moreover, users will also be provided with temporary workarounds for the listed problems wherever appropriate.

So, here are all the known issues and bugs affecting the MyFitnessPal Android and iOS apps, website, and integration partners.

– Bug: Getting a Something went wrong error when trying to post a newsfeed status with a photo

– Bug: Receiving reminders at random times, instead of at the times they are set for

– Bug: Users are receiving reminders for meals and weights that have already been logged

– Bug: Print option not working for Recipes in the Blog

– Bug: Having Multi-Add by default ON, removes the + button from food search screen

– Bug: Step count not syncing from S-Health to MFP
Source

– Bug: Some users are getting an error when attempting to log in

– Bug: MFP app on Apple Watch shows water in oz despite having selected milliliters in the phone app

– Bug: Receiving reminders at random times compared to when their set times

– Bug: Receive an error when trying to save or edit a recipe

– Bug: Diary search isn’t finding older recipes, even though they are shown in the recipes list

– Bug: Users are receiving reminders for meals and weights that have already been logged

– Bug: Stuck in loop when trying to find Facebook Friends

– Bug: Print option not working for Recipes in the Blog
Source

– Bug: Seeing an error when trying to view Recent/Frequent lists.

– Bug: Charts under the Reports section are showing an erroneous entry.

– Bug: Error when attempting to send a private message in MyFitnessPal.

– Bug: ​Weight Loss Ticker on the profile page is not loading.

– Bug: Newsfeed posts are not being generated for exercise.

– Bug: Print option not working for Recipes in the Blog.

– Bug: Unable to delete a recipe if the website’s language is set to anything other than English.

– Bug: Logging Calories in Garmin Connect take you to the MFP website instead of the app

– Bug: Exercise is not syncing from Endomondo

– Bug: Some Withings users are reporting their weight entries post a day off in MFP

– Bug: TrainingPeaks getting errors when attempting to link accounts and not syncing

– Bug: Unable to link MFP and Garmin Connect from either side

– Bug: Unable to disconnect Fitbit from MyFitnessPal side from within the apps
Workaround: Unlink via the website. Apps tab > Your Apps > select Fitbit > Disconnect

– Bug: Samsung Health steps not syncing. Users report an error when navigating to the steps section in MyFitnessPal

While MyFitnessPal is keeping its users updated with the existing issues across the platform, it is unclear how long it will take to isolate these problems.

This is because no ETA for fixes has been provided on the Known Issues pages. It is, however, still good to see that the service provider is working to resolve these bugs and issues.

That said, we will keep tabs on these and any new problems that occur on MyFitnessPal and will report back with more details when they become available. 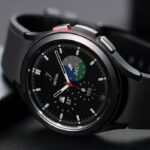