MIUI has been called by many a bloated Android skin bundled with unnecessary system as well as third-party apps. While that’s mostly indeed true, Xiaomi has been working hard to shed that image.

MIUI 12.5 allows the ‘removal’ of several system apps so that they do not eat up space on your home screen or app drawer.

But along with this, Xiaomi has also been working on making their system apps so useful that users aren’t tempted to remove them in the first place. The greatest example of this is the Game Turbo app that has received multiple updates over the past year and is now feature-packed with almost everything you can possibly need while mobile gaming.

Another similar system app that manages to slip under the radar of most is the Mi Video app, which although is pretty ad-filled, also offers an extremely useful feature.

You see, the Mi Video app for MIUI 12.5 and MIUI 12 can be used to access certain YouTube features that are limited to Premium users. These features are background play, picture-in-picture (PiP) mode, and of course, no ads.

To get started, you might need to download the app from GetApps or this link, if it happens to be missing from your device. Next, head over to its Profile section and login using your Google Account.

You can then search stuff to watch through the ‘Subscriptions’ area. Adding a video to ‘Favourites’ can also provide you fast access to it from the profile section.

As already mentioned, going back to the home screen while a YouTube video is being played will result in it playing in the PiP mode. The videos will also be completely free from ads.

Do note that the Mi Video app’s functionality in India is pretty limited, due to which you might need to switch to another region like Indonesia from Settings > Additional settings > Region.

After this, you might need to clear the app’s data once before launching it once again. You should now see Mi Video in its full glory.

But what advantage does this serve over apps like YouTube Vanced? Well, for one, it isn’t piracy. On top of that, it doesn’t require the installation of additional apps and messing around with MIUI Optimization settings. 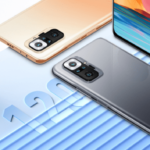