Barely a day passes without Fitbit users complaining of a new issue or a buggy update, causing some pretty serious issues to the point that some devices become unusable.

Fitbit might have to dish out a large sum of money to improve their software and replace existing bricked devices if the trend continues.

Reports of Fitbit issues that popup on a daily basis are more than the number of issues a newspaper releases every day. A while ago, Fitbit released an update that caused many Versa 3 and Sense devices to brick, with users reporting that they cannot proceed past the logo or are stuck on a black screen.

The latest update in the Fitbit saga is the Versa 3 slow charging issue. According to a user, their Fitbit device cannot charge normally and is taking hours, randomly getting stuck at certain points.

Interestingly, the issue persists even after the latest Versa 3 OS 5.2.1 update that was released on July 30 last month.

Just received my replacement Versa 3 on 13th of July and I noticed that it was displaying message of “slow charging….replace a source..” I ignored it and took over 4-5 hours to charge it the very 1st time. I really didn’t take a much notice of it. On my 2nd charge same message of slow charging… was displayed so I moved it to another power outlet but within 10-15 sec same message appeared.

I tired on my laptop but not luck. Move the charger to another power outlet and left it to charge overnight and after 10 hours it was stuck on 74% charged and wouldn’t move beyond this number. At this point reset the Versa3 by holding the button for 10 sec and started to recharge and got 100% after another 3 hours.

But even after the reset the message came back when I plugged it in for charging. I’m not sure what will happened at the 3rd charge! By the replacement Versa seems OK as far as I could tell in regard to Zone Mins and HR but haven’t had a chnace to compare it with any other device.

This means that Fitbit could not find the root cause of the slow charging issue in the latest OS update on Versa 3.

Allegedly, when the user contacted Fitbit support, they claimed that they are aware of the slow charging issue and are working on a fix.

However, the Fitbit customer care did not share any details on when it will be fixed.

We advise you to take this with a grain of salt since we have no official confirmation.

It looks like the Fitbit developers are taking it easy after being purchased by Google.

Maybe it’s time for Google to twist Fitbit’s hand and guide them before they meet the same fate as Motorola did under Google.

Note: We have more such stories in our Fitbit Section and a dedicated tracker for issues plaguing various Fitbit devices so be sure to follow them as well. 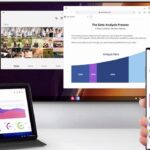