HBO Max has a bunch of official troubleshooting steps for various issues with Samsung TVs that you can check out by heading here.

HBO Max help is asking users to send them a DM on Twitter in order to help them get the app updated on their Samsung TV sets. Hence, you may want to try reaching out as well in case you’re facing the problem.

We have something that we can try to get your app updated. Please DM us with your Samsung model and #HBOMax email address so we can assist further. (Source)

IST: 12:23 pm: An affected user on the community forum has brought forward a few suggestions that should see affected Samsung TV owners be able to update their HBO Max app on their TVs.

We can’t speak to the effectiveness of this workaround but we shall be sure to report back as soon as we get feedback from affected users so stay tuned.

IST: 12:43 pm: Now, HBO Max has come out to offer an official workaround to this issue, a workaround that involves resetting the Smart Hub

If you’re using a Samsung Smart TV, we can suggest you try a Smart Hub reset (which also clears all apps and settings) and then after the TV reboots, try installing the HBO Max app first, before the TV starts downloading updates to the internal apps. Thanks. ^SL
Source 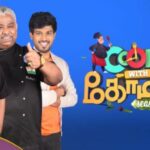