According to Apple, macOS Big Sur is the best macOS to date. It is aimed at unifying the desktop ecosystem with its mobile counterpart.

But lately, things are not going according to plan for Apple. The number of bugs and issues that plague Big Sur are bigger than the changes it brought.

While Apple works on fixing bugs, they certainly break things with the release of every new update to the macOS. 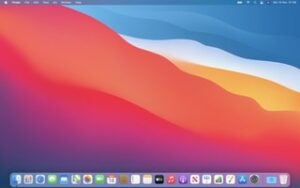 Having said that, several users have reported that after updating to Big Sur 11.4, Apple Music has an issue updating the play count and last played date.

This is certainly not the first time the play count bug has haunted Apple Music users.

In the last few years, several users have repeatedly complained about the same, indicating that it is a recurring issue and Apple probably knows it needs fixing.

This is really frustrating for those who use Apple Music daily and create playlists based on their listening behavior.

Hello All, After I updated MacOS to 11.4 for my Mac, I found the music app do not update “play count” and “last played date” value of my music library musics. In general, I make a smart playlist based on the “last played date” and it worked until last Monday (MacOS 11.3). After updated to 11.4, it does not work. Is there anyone who experienced similar result? Regards
(Source)

Just wondering if any one else is experiencing this. Since installing Big Sur 11.4 (MacBook Pro, 2018) the Music app has not been functioning as I would expect – the lasted played date and the play count are not always update and songs are being skipped during play back. Being a little (probably a lot) OCD, this is doing my head in.
(Source)

Upon further investigation, it looks like the issue only persists if the user plays music via HomePods, AppleTV, or AirPlay.

The music play count and last played date gets updated normally if you use speakers connected directly to the system.

It is still not known where the issue lies since everything except the speakers connected directly to the system results in the play count not getting updated.

In the meantime, some users suggest that turning off AirPlay has fixed the problem for them. Others suggest that you start playing music on your machine’s speakers and switch the audio to HomePod.

On the brighter side, Apple is allegedly aware of the problem and said they will fix the issue in a future release.

So Apple Support just emailed me that “Engineering has replied back saying they are aware of the situation and it is currently under investigate [sic].” Use what workarounds you can find and hope for a bug fix soon!
(Source)

IST 01:21 PM: While this issue continues to bug users, new reports (1,2) now suggest that the situation is mildly better following the rollout of macOS 11.5.1, at least compared to the version.

Conversely, reports from other users (1,2) indicate that the situation remains just as bad. We shall continue to follow this and update as and when we get more info so stay tuned.

NOTE: We have more such stories in our dedicated macOS Section so be sure to follow them as well.