The list of issues with the iPhone 12 series seems to be growing longer and longer. The latest to join the list is the slow/inconsistent Wi-Fi speed issue reported by several users in the Apple forums.

Some of such complaints have been given below.

My new iPhone 12 is slow internally and especially when using the internet, even on WiFi. News feed won’t even refresh. I’ll try opening something from settings and it’s even slow to open things that doesn’t require internet. I’m constantly turning it off to see if this will help and it doesn’t. I’m having a hard time using the internet even with the best wifi, it’s almost dial up speeds to open a webpage. Is phone broken or is this normal? My old iPhone XS Max was 100x faster.
Source

I am on the iPhone 12 Pro and sitting next to me is an iPhone XS and iPhone 8. All three devices are connected 5g to the same AP and I am only getting around 25 mb/s with my iPhone 12 Pro versus 300+ mb/s on the XS and 8. Apple has a problem and I am hearing more and more people having this issue.
Source

As apparent from the above complaints, users report that the Wi-Fi network on their iPhone 12 is working quite slow, especially when compared to other devices or even older iPhone models.

And when the speeds do seem okay-ish, they are mostly temporary and keep fluctuating.

Moreover, users are experiencing the issue in varying degrees. While most iPhone 12 users say that their Wi-Fi speeds are marginally slower when compared to their previous iPhone device, a few have stated that the speeds are too slow even for regular tasks.

The assumption that the issue is due to a faulty connection can be immediately eliminated due to the fact that users say that other devices perform just fine on the same Wi-Fi connection.

And it’s even more disheartening to know that Apple is yet to acknowledge the problem.

If you are one of those facing this issue, then we got a couple of workarounds for you to try. 1. Turn off private address: Open up Settings > Wi-Fi. Then tap the information button next to a network. Next, toggle Private Address to off. This has reportedly worked for some users.

2. Turn off Wi-Fi Networking Services: For some reason, this too has helped some users with the Wi-Fi issues. You can find an option to disable it under Settings > Privacy > Location Services > System Services.

3. Toggle between Low Data Mode: You can also try toggling this feature if the above workarounds failed for you.

To do so, head over to Settings > Wi-Fi and tap the info button next to the Wi-Fi network that you’re connected to. Next, turn on/off Low Data Mode.

Note: The above workarounds may also work on other iPhone models with the same issue.

Hopefully, this fixes the slow/inconsistent Wi-Fi speeds on your iPhone 12 series device.

It looks like the Wi-fi speed issue on the iPhone 12 persists, with Apple still not acknowledging the issue.

While Wi-Fi issues are really hard to solve, the number of user reports in the last couple of months indicates that something weird is going on with the iPhone 12.

We hope Apple sorts out whatever it is that is leading to poor Wi-Fi speeds on these devices.

Be sure to also check out our iOS 14 and iPhone 12 bugs/issues tracker for further coverage on issues like these along with their workarounds. 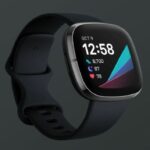