iMessage on macOS has a handy little feature that one can use to export any chat as a PDF for safekeeping. This can be done easily by heading over to File > Print > Save. The output will be in PDF format.

Unfortunately, this feature has lately stopped working properly, seemingly for everyone trying to use it. As per a bunch of complaints, chats exported as PDF have blacked-out images.

And no, the images aren’t really completely blacked-out, as screenshots demonstrating the alleged bug show that black boxes are positioned over the images, as if they are deliberately being hidden.

This not only is very taxing on expensive black ink levels when printing out the PDF, but also renders the PDFs useless as many of the users making use of the feature only do so for the images alone.

Complainants state that they only bumped into the problem following a recent macOS Big Sur security update as it was non-existent before.

While there hasn’t been any official acknowledgment for the problem to date (Apple rarely does those), a few users have shared a possible reason behind it.

Turns out that Apple has updated the privacy terms on iMessage which makes attachments like photos now unavailable on PDF export. Users have also been told that there’s currently no way to work around it.

It is also highly unlikely that Apple will be reversing the changes since that will probably also require the readjustment of the privacy terms beforehand. You can still try submitting your feedback through this link and hope for the best.

However, if you aren’t too hopeful, then you can also try the following workaround for the blacked-out photos on iMessage that we managed to pull from the forums.

I am having the same problem, but it appears as though there is a black box over the photo. I uploaded the PDF to Adobe, selected Edit PDF and this allows me to remove the various sections of the black box and reveal the photo. Not a long term fix, but I hope this helps.
Source

Alternatively, you can also try opening the Messages app on the iPhone, tapping on the info for the contact at the top, and selecting the photos you wish to save and put them into Photos. This will save them to the camera roll. 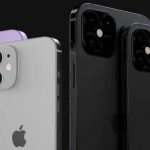