WhatsApp v2.21.16.9 beta went live yesterday. While its changelog hasn’t been made available, some changes have likely been made under the hood which have resulted in a pretty bothersome issue.

WhatsApp only showing last 48 hours of data. Hey Guys, Just scrolled back through a chat and noticed I can only go back 2 or 3 days. Then I get a spinning loading circle. Googled and a lot seem to have the same issue? Anyone else?
Source

@WABetaInfo hey guys!! Actually I wanna discuss some issue after the latest beta update,why is this loading in every chat of my whatsapp?? Pls help me to resolve it Pleading faceit’s taking very much time
Source

As clear from the above reports, WhatsApp is currently experiencing an issue on the beta branch that has resulted in older messages in a chat (around 48 hours or so) to not load at all.

The issue is affecting only those on Android as we are yet to come across any complaints from iOS users.

Now, WhatsApp is obviously one of the most popular chat services on Earth with its Android version amassing over 5 billion downloads since its introduction on Android over 10 years ago.

Judging from this, the number of complaints should’ve been far greater in number. But since the affected are all on the beta branch, the lack of reports makes sense.

Moreover, it is also possible that not everyone on the beta branch is affected or that the update hasn’t been rolled out widely yet.

Either way, while there is still no sign of an official acknowledgment from WhatsApp, WABetaInfo, which is a news portal for all things WhatsApp, recently tweeted saying that older messages are indeed not loading for some on WhatsApp beta for Android 2.21.16.9.

Regardless, we should hopefully see a bug-fixing update roll out soon. But if you can’t wait for an official fix, then you can always switch back to the stable branch, just the way you signed for beta.

Do note that you will have to perform a reinstallation though, so be sure to backup all your data beforehand.

That said, we will continue to keep an eye on the messages not loading issue on WhatsApp beta and will be updating this article accordingly, so stay tuned to PW. 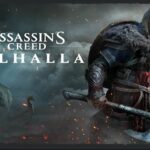 [Updated] Assassin’s Creed Saint Faith bug resolved in the upcoming patch; Trial of the Morrigan in Connacht issue under investigation