The Redmi Note 8 series, just like literally any other device from the critically acclaimed Redmi Note series, has turned out to be extremely popular.

From the series, the Redmi Note 8 came with Android Pie-based MIUI 10 out of the box and has since seen several major updates.

Currently, it runs MIUI 12 based on Android 11, at least in China. The global variant is still stuck on Android 10 for some reason.

But now, a new development points towards the device finally passing the Android 11 adaptation checks. According to a report from Xiaomiui, the Android 11-based MIUI 12.5 update is set to release pretty soon.

The release will carry the version number of 12.5.1.0.RCOCNXM and will go live in China first. If all’s found to be well and stable, then the same will be making it outside of China as well.

But as you can see, the MIUI 12.5 update rollout for the Redmi Note 8 isn’t the only good news at hand. The Xiaomi Redmi Note 8 Pro will be receiving be getting treated to the same in India soon as well.

The device has already bagged the update in China and its global variant has received it as well so an Indian rollout was only inevitable. For the uninitiated, the MIUI 12.5 update brings along a bunch of improvements including smoother performance, improved animations, more fluid gestures, minor UI tweaks, new ringtones, and an all-new Notes app.

To keep an eye on the status of the update for your Xiaomi Redmi Note 8 Pro and Redmi Note 8, just stay tuned to our dedicated MIUI 12.5 update tracker. [Updated: Aug 05] Apple's lens flare issue lives on in iPhone 12 lineup & it's even more noticeable, but you can try these workarounds 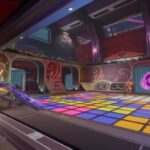