[Poll results out] Do you like the Snapchat 3D Bitmoji in profiles update?

Snapchat is evolving how users can view Bitmojis on the app, allowing all to view 3D versions of their creations on the friendship profile.

These new Bitmojis can be customized extensively with over 1,200 new body poses, facial expressions, gestures, and backgrounds so you can get a perfect doppelganger that peeps will be able to recognize even from miles away.

Users will also see enhanced details on their Bitmoji avatars, such as “clothing textures and unique embellishments from their favorite fashion labels”. For instance, Snapchat users will be able to see how their earrings shine.

Along with this, another cool new feature was released called My Places. It essentially lets Snapchatters discover more than 30 million businesses, log their favorite local spots, and even find personalized recommendations. But we won’t be talking about that here.

Anyway, the new 3D Bitmoji, as with every major change, has provoked mixed reactions from those who have received the update till now.

There’s a set of peeps that are totally digging the new look, calling the 3D visuals an eye-candy and something that make their Bitmojis appear more realistic and appealing.

The new Snapchat update is not bad, your Bitmoji just ugly
Source

Oooo Snapchat new update is so cute. That’s what Twitter need to do I’m tired of that little ass header
Source

However, such people are overshadowed by those that abhor the feature. One look at Twitter reveals that the haters of the new 3D Bitmoji on Snapchat are far greater in number than those that actually like the feature.

Those who dislike it have argued that their new Bitmoji looks creepy and ugly, with many even accusing Snapchat of drawing cues from The Sims game or the Xbox avatars.

Some have also stated that they’re now having trouble recognizing other’s Bitmojis, resulting in them sending the wrong snaps to the wrong people, although that should only be a temporary problem.

Many also took the update as a point of criticism against Snapchat for still not adding stuff that users really want such as the ability to change usernames and the bygone Best Friends feature.

It’s pretty obvious though that it will take a cold day in hell for Snapchat to roll back the 3D Bitmoji, so there’s nothing that can be done apart from simply getting used to it.

One can always customize it a little though so that it looks a bit more tolerable with the added third dimension.

Anyway, we would love to know about YOUR take on all of this. Are you digging the new Snapchat 3D Bitmoji update? Or would you rather go back to the classic 2D look? Or are you a nihilist who’s completely indifferent to it all?

Are the new 3D Bitmoji any good or would you rather have the 2D ones back?

Just vote on the poll above or drop a comment in the section below to share your opinion. As always, the poll results will be out next week.

While many are continuing to dislike the new Snapchat 3D Bitmojis, some haven’t received it yet. If the feature hasn’t yet landed on your unit, here’s what the support has to say:

Certain features roll out at different times. Please keep an eye on your device’s app store for new updates.

Android users who’ve got the 3D Bitmoji update and do not like the new change can download and install an older version of the app such as version 11.36.0.39 via an APK file. Older versions of the app can be found on sites such as APK Mirror.

In case you’re unaware of how to use and setup the 3D Bitmoji on Snapchat, here’s an official detailed guide on all the features and how to use them.

The poll results are out and it’s abundantly clear that the new 3D Bitmoji isn’t something people are excited over. 78.7% of voters share the thought that the old profiles section was gold. 13.1% say that it’s better, and 8.2% don’t really care. League of Legends replays on EUNE not downloading issue acknowledged, no ETA for fix 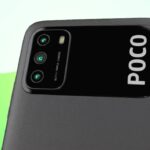