Some iPhones getting 'A problem was detected with the TrueDepth Camera. Face ID has been disabled' error after iOS 14.7 update, fix inside

Apple recently released the iOS 14.7 update. Just a week later, the Cupertino-based company released another update that brings the iOS version to 14.7.1.

Users are advised to jump on the bandwagon and upgrade their devices to the latest version because it brings some bug fixes and security enhancements.

The update plugs a security vulnerability that might have allowed hackers to remotely execute code on any iPhone. Moreover, it also features a fix for those facing the ‘Touch ID cannot unlock the Apple Watch’ issue. 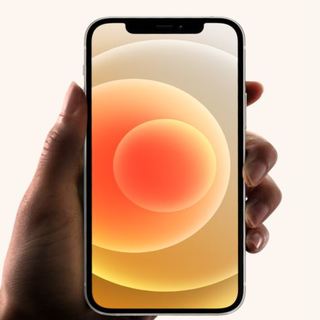 While the fix does not seem to be working for most users who had the issue, it looks like the iOS 14.7 update has introduced some new bugs.

The latest bug that plagues the iOS ecosystem is related to Face ID. According to several user reports, the Face ID feature on iOS 14.7 is not working after the software update.

Instead of unlocking the phone, users are greeted with an error that says, “A problem was detected with the TrueDepth Camera. Face ID has been disabled.”

Ever since its release, iOS 14 is like the bad Apple in the basket. The number of bugs iOS 14 has easily surpassed the number of features it had to offer.

I got the same issue. This is after I updated to iOS 14.7. If more people are encountering this issue after updating, I think it could be connected to the iOS update.
(Source)

Same thing happened to me. Happened with 14.7 and a few days ago 14.7.1 came out and same issue. Apple recommended restoring my phone and i didn’t want to cause they never said it would even fix the issue. No damage happened to this phone. I wish this issue could be fixed or we should really get replacement phones since this is all Apples doing and not user negligence.
(Source)

If you are facing the Face ID issue, Apple advises users to update their iPhone to the latest version of iOS. But a lot of users who updated their iPhone to iOS 14.7.1 say that the issue persists.

If you are one of those, the Cupertino-based company also suggests that users contact Apple Support or take their device to the Apple Store if the above solution is not working.

Lately, the company has adopted an approach that involves not acknowledging a lot of bugs and silently fixing them with an update.

We hope the Face ID issue is addressed in the coming update since it is used by millions to unlock their phones.

Of course, you can always join the conversation and let us know if Face ID is not working for you even after the latest iOS 14.7.1 update via the comments section below.