If you love AR-based games such as Pokemon Go, you must have heard of Harry Potter: Wizards Unite. It is a location-based Augmented Reality game that takes inspiration from the world of Hogwarts.

Developed by Niantic Labs, the game is free to download and lets players choose between a wizarding career, develop skills a explore the magical word of Harry Potter.

The game is quite popular and has surpassed $300 million in revenue generation in May this year. Despite its popularity, the game has its own set of issues that won’t magically go away unless you have Harry’s wand at your disposal.

It looks the number of bugs making a comeback is greater than the times’ John Connor had to kill the Terminator.

Back in March, Harry Potter: Wizards Unite players complained of getting kicked out of Adversary battles with some Android users reporting that they were stuck on a black screen.

Fast forward a month, and the developers released Harry Potter: Wizards Unite Game update 2.17.0 that reportedly fixed the Adversary battle bug with no ETA in sight for the Android black screen issue.

But four months later, it seems like the bug is undying like how Voldemort was. Recently, players have reported that they are getting kicked out of the adversary’s battles once again.

The developers are yet to acknowledge the issue. Nonetheless, the Android black screen bug seems to be fixed with the latest update, that is, Game update 2.18.0.

I keep getting kicked out of adversary battles. No warning; it just kicks me out. It’s happened 4 times in a row now and it’s getting annoying. At this rate I won’t be able to finish the adversary event. Please help!
(Source)

Having the same issue. 5 adversaries in a row now. I get to either the second or third battle and in kicks me out saying check network connection. Haven’t been able to complete one since it started. I have noticed it seems to occur after using a potion if that helps.(Source)

In the meantime, players seem to be frustrated the Niantic’s decision to drop an update in the middle of an event without fixing the existing bugs.

But the latest update seems to have introduced some issues of its own, some of which has Niantic has acknowledged.

We hope Niantic fixes the existing issues such as the longstanding adversary battle bug before releasing any new updates to Harry Potter: Wizards Unite. 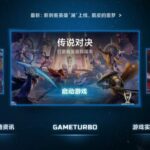