Microsoft CEO Satya Nadella and Xbox boss Phil Spencer in June held discussions around the value that gaming adds to the Redmond tech giant, touching on their plans to go beyond the console niche.

Of course, Microsoft is already reaching millions of gamers across the world thanks to support for its cloud-based platform dubbed Xbox Game Pass for Android. 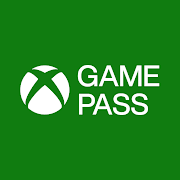 To take things a notch higher, Microsoft revealed that it had plans to bring support for this same function to Android TV devices.

The company noted that through working with various Android TV OEMs, the Game Pass app will be built directly into smart TVs so that players can enjoy the same experience as their smartphone counterparts.

What this means is that Android TV owners will be able to get into the Xbox experience directly on their internet-connected TVs without the need of adding other hardware like consoles.

As you may have guessed, a controller will still be a requirement in order to enjoy the Xbox experience on your smart TV.

At the time, Microsoft didn’t reveal any details of when the said support for Game Pass on Android TV would be made available for interested players.

But from the look of things, it seems development had already started. And now, thanks to a hawk-eyed Redditor, we now have some sort of confirmation that Game Pass is indeed coming soon to Android TV.

Just ripped the latest Game Pass APK updated via Google Play Store from my android tablet and to my surprise it had an Android TV banner built into it… Seems we may get Game Pass officially on Android TV very soon!

A screenshot of an APK teardown for the latest Xbox Game Pass app has been shared on Reddit. In the screenshot, we can see a Game Pass Android TV banner in the latest version of the app.

Although not confirmed by Microsoft, this is by the far the closest it can get as far. If anything, this development suggests the availability of cloud gaming on Android TV is imminent.

The app version in question is 2107.17.721 and it just got released today, July 29. Whether the next version will actually bring support on Android TV remains to be seen.

As usual, we will keep an eye on this development and let you know once Game Pass support arrives on your smart TV, so stay tuned to PiunikaWeb.