Apple devices have a certain appeal to them, mainly due to the company’s assistance in having complete control over the software and hardware, and as a result, these are some of the best-optimized devices in the market.

However, these Apple devices are not immune to the occasional issues that are known to plague users of smartphones.

Following the rollout of the update to iOS 14.6, many iPhone users complained of overheating and battery drain issues.

Various online community forums are spewed with reports from users of iPhone devices complaining of overheating units coupled with rapid battery drains, an issue they weren’t facing before the said update.

Auto-Brightness is and has been turned on all the while and still seeing an impressive battery drain since updating this morning.
Source

These reports have been coming out consistently following the iOS 14.6 update with apps suck as Apple Podcast being blamed.

Since then, many affected persons pegged their hopes on getting some reprieve when Apple pushed out the iOS 14.7 update.

Well, the iOS 14.7 update is out and users of eligible devices are getting this on their devices. Consequently, there seem to be mixed opinions on this update’s efficacy in fixing this overheating and battery drain issue.

I haven’t noticed any increased battery drain. I might even be getting better battery life out of 14.7 tbh. I notice that a lot of people report issues with battery drain immediately after upgrading (I used to), but it seems to go away after a bit of time. I wonder if the system is working overtime in the background setting everything up just so after an update? Just a thought, and one that would explain the battery drain issue resolving itself after some time.
Source

A section of iPhone owners are facing okay battery life and no overheating on their devices, some noting that it seems to have gotten better following the iOS 14.7 update.

Equally, there seems to be a section of users that are still facing poor battery life on their iPhones even after this update that they were hoping would save them from this ordeal.

Wish I could say the same, I’m on a 12 series device and I updated yesterday following 14.7 being released. I seem to be hitting the same battery life as with 14.6 on my iPhone 12 at 100% battery health.
Source

Now, we’d like to get your opinion on this. Is your iPhone’s battery life and the overheating issue better on the newly released iOS 14.7 update over the previous iOS 14.6 update? Cast your vote in our poll tweet below.

Are you still facing overheating/battery drain issues on your iPhone after updating to iOS 14.7?

As always, we shall update this post with the results of this poll after a week so be sure to check back for that.

The poll results are now out! 54% percent of users say that they’re still facing overheating issues while 15% say that they aren’t. 30% also said that they feel no difference.

NOTE: We have these and many more iOS stories in our dedicated Apple section so check it out for more. 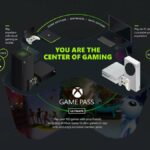