Wearable tech is going mainstream with smartwatches becoming increasingly popular. One equally popular class of wearables is the fitness tracker.

One of the most prominent players in this scene is Fitbit with their many offers seeking to help users get more active or be more aware of their health and fitness. Recently, we looked at an issue where a section of Fitbit users was having issues syncing their SpO2 data between their gadgets and their smartphones.

Even after Fitbit reported fixing the issue, many users were still facing the issue, making it look like the issue is a lot bigger than anyone had earlier anticipated. More on that here.

And this is far from the only Fitbit issue afflicting users as we’ve also looked at a sleep score not showing issue, along with a notification service not running issue. 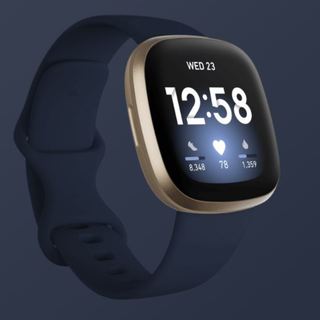 Well, now it is coming to light that there might be yet another issue afflicting these users as users of various Fitbit products are reporting an issue with heartrate tracking.

Ionic won’t register my steps or my heartrate. I have uninstalled everything and after that I ve given my ionic a hard reset butt he still doesn’t register the steps or heartrate.
Source

According to Fitbit users, their units’ heartrate tracking feature doesn’t seem to work at all. For the lucky users whose tracking works, the results appear to be inaccurate.

These reports have been noted from owners of various Fitbit products including Versa Lite, Ionic, Versa 2, Inspire 2 among many others.

These reports have been brought to the attention of Fitbit and some users who have managed to get feedback from the company on the matter are noting that the company is aware of this but there doesn’t seem to be a word on ETA for a solution. Some of us have been told in support cases, that they’re aware of the issue, working on it, and may not have a solution soon.
Source

While these are merely reports from users of Fitbit devices, it is unclear what the company’s official stand on this matter is. That said, we shall continue to keep an eye and report as and when we get more info so stay tuned.

NOTE: We have these and many more stories in our Fitbit section and a dedicated tracker for issues plaguing various Fitbit devices so be sure to follow them as well.