The Fortnite player base is a combination of two separate yet symbiotic communities – the larger and successful casual community and the smaller and more dedicated competitive community.

Many in the latter try their luck in the competitive scene but few make it to the top to win millions of dollars in prize money. These huge prize pools make Fortnite Competitive one of the most lucrative esports in the world. But even with such money, Fortnite Competitive events are fairly common and aren’t the kind that are held once a year or so. There is usually once per month with occasional weekly events as well.

Of course, progressing through each tournament calls for a set of requirements that increase as you climb the competitive ladder.

However, judging from a slew of recent complaints from players, it appears that there is a way to cheat the Fortnite Competitive system and improving one’s ranking unfairly by exploiting an ‘Elo glitch.’

@FNCompetitive move round 1 of ccc to tomorrow or until next week cuz there’s a bug in the game that allows you to Elo glitch and that’s gonna be so bad in the champions console cash cup. So just delay the cup until you get the glitch fixed. RT to spread awareness.
Source

The ‘glitch’ in question is essentially a hack that FNC players exploit by disconnecting from an ongoing match.

A player using it usually drops all of their loot and disconnects intentionally and lets the other 2 teammates clutch up and finish with a large number of points as a duo.

This results in them having much lower points for the next game thus allowing them to match with other players with low points in the next round.

Obviously, players with lower points are easier to win against and the ones making use of the exploits are easily able to use them to make up for the lost points from the previous round.

A similar hack was reportedly used back in 2019 in ‘Winter Royale’ where a horde of players after discovering it had used it to their advantage to farm easy points.

But as it stands, not every skilled player that is matched with those with lower points is making use of exploits. Players have also suspected of the Elo system itself being screwed up, although it’s difficult to find hard evidence to support the claims. Unfortunately, Fortnite is yet to acknowledge the Fortnite Elo glitch due to which a social media campaign of sorts has been kickstarted, with some YouTubers calling their viewer base to spam FNC on Twitter in order to pull their attention to the thing.

It remains to be seen if the little campaign will be any good considering that Fortnite still hasn’t done anything following the first occurrence of the glitch.

But we will continue to keep an eye on the matter and update this article in case of any new developments, so stay tuned. 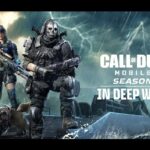