COD Mobile is gearing up for the release of its sixth season, The Heat, which is scheduled to come out on July 29.

However, players have been facing an issue with the reward bundle from an event in COD Mobile Season 5 In Deep Water.

As per a pretty recent yet rather long Reddit thread, COD Mobile players are unable to open the Sea of Steel event bundle.

Even after getting an in-game notification about the Sea of Steel rewards bundle, COD Mobile players cannot open the same from the inventory.

It is unclear what the exact cause of this issue is but it appears that the bundle in question might be buggy.

Also, players have not been able to find a workaround to resolve this problem so far which is further adding to their dilemma.

However, they may not have to contend with this issue for long as a fix for the same might be on the way.

COD Mobile support has acknowledged the problem with the Sea of Steel bundle and said that they are looking into it.

Looking into it! Thank you for posting and sharing that.
Source

While this is certainly good news for players, there is no word on how long it will take to address the problem.

It is possible that the upcoming Season 6 The Heat update for COD Mobile might bring along fixes for this issue.

However, this is still based on our speculation as support has not provided much clarity on the matter. 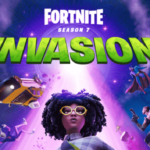