YouTube TV is one of the most dependable methods to enjoy the Tokyo 2020 Olympic Games at 4K resolution because it can be streamed almost anywhere on a compatible machine without having to worry about providers or localization.

The service is streaming the games on its supported NBC networks including NBC, The Olympics Channel, and Golf Channel. Telemundo and Universo are also available.

As for 4K lovers, the Olympics can be streamed at the resolution on Olympic Channel or Golf Channel through YouTube’s 4K Plus addon.

But as it turns out, things haven’t really been that simple. There have been several complaints doing rounds on social media about the 4K resolution missing on YouTube TV on Apple TV, Android TV, Nvidia Shield TV.

I have an Apple TV 4K 2021 model and can view the live 4K broadcasts without issue. However, any events we’ve recorded and watch later are only in HD. There is no option to select 4K playback. I get the same issue in the YTTV app on my LG OLED.
Source

I have a 4k HDR Samsung TV. I also upgraded to 4k YTTV feed for the games. When I pulled up the YTTV stats I was surprised to see my viewport listed as 1920×1080. Also, HDR did not appear to kick in. Usually if HDR is on, I’ll see an HDR icon on my TV settings. I know YTTV is serving the 4k stream. I’m not convinced the TV is actually running in 4k mode though (based on the 1920×1080 viewport) and I’m almost certain I’m not getting HDR.
Source

Instead, all subscribers are getting is 1440p or the standard 1080p when trying to stream the Olympics.

As if that isn’t enough, several Nvidia Shield TV (2017 4K model in particular) users have also reported that all 4K feeds crash immediately upon click and boots them back to the YouTube TV home screen. Other events play with no problems.

Those that actually are lucky enough to be able to stream at 4K resolution report that they’re unable to observe any difference between 1080p and 4K.

Upon heading over to the ‘Stats for nerds‘ feature on YouTube, the viewport shows as 1080p despite having a 4K subscription and a 4K TV. HDR doesn’t seem to be kicking in either.

An explanation for this could be that NBC is taking the Japanese 1080p HDR broadcast and upscaling to 4K. This technical casualty is likely an effect of Covid, although we can’t be too sure.

As for those that are unable to watch 4K Olympics live through any of the NBC channels, you might want to check out if you reside in the regions where NBC actually supports 4K live streaming. You can do so by heading here.

Unfortunately, there hasn’t been any sign of an official acknowledgment from YouTube yet so facers of the issue may have to wait a while for an official fix.

Still, we recommend keeping an eye on our dedicated YouTube bugs and issues tracker so that you do not miss out on any further developments.

Tired of Discord Sticker suggestion pop up? Here's how to disable or turn off 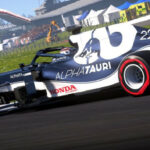