Private listening is a function that allows you to use headphones to listen to the audio from your Roku® streaming player. It is available if you have a remote control with a headphone jack, or through the Roku mobile app.

Unfortunately, following the latest update, the feature has stopped working at all as activating private listening on the Roku App shuts down the app. This happens upon tapping the headphone icon with the headphones plugged in.

Users have reported that they’ve already tried basic troubleshooting like checking if their internet is fine, reinstalling the Roku remote app, restarting the Roku Premiere, and even resetting Wi-Fi connection.

Was a five star app, but after this latest update, when I plug in headphones to use the private listening feature the app crashes every time. Tested on two phones and it happens on both. This is 50 % of my use for this app. So until that’s fixed, I can’t use it
Source

For many, the private listening feature is the only reason for having to use the iOS and Android Roku apps, and with it not working at all, the app has been rendered useless.

This has prompted several few 1-star reviews, at least on the Google Play Store listing.

A little investigation reveals that both the iOS and Android Roku apps received an update on 23 and 24 July respectively. And comparing the dates of the complaints with the update release dates does point towards the presence of a bug in the updates.

Unfortunately, there hasn’t been any official acknowledgment yet so it remains unclear as to when private listening on Roku will begin working once again.

There is, however, a rather simple solution on Android. Since it’s the latest Roku app update that’s guilty, one can always uninstall it and replace it with the last build.

This last build can easily be downloaded via this link. It has been reported to restore the proper functioning of the private listening feature, so you’re free to give it a go.

As always, we will continue to keep an eye on this issue for further developments, so stay tuned to PiunikaWeb. 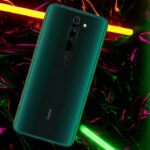 [Update: Not working again] Yes, Patreon is down or offline currently (at least the website)