The Xiaomi Redmi Note 8 Pro had been long-awaiting stable MIUI 12.5 based on Android 11. Having first tasted the update back in January as part of the Chinese beta program, the device has seen several delays with the stable.

This was because it failed to meet the minimum ‘OTA upgrade requirements’ due to Android 11 adaptation issues.

However, the MIUI engineering team had moved the model to the highest priority development channel to speed up the update process. Soon after, MIUI 12.5 was rolled out for the Note 8 Pro in China followed by a Global release.

But while the device still awaits a wider rollout in all regions, there are already a bunch of complaints from those that recently bagged the update.

Redmi note 8 pro, laggy annoying animations, miui Global 12.5.1.0 (RGGMIXM): In previous versions was the option to not show the animations, I have the phone in develop mode, but the option of not showing animations is already marked as no animations, but phone keeps running laggy animations.
Source

First and foremost are complaints about laggy animations. MIUI 12.5 had been promised to improve performance greatly by prioritizing gesture rendering and reducing CPU usage so this comes as a major disappointment.

The lags may even be coupled with slow app opening speeds which ruin the overall experience.

But the issues don’t end there. There are also a few complaints [1, 2] about slow charging speeds – so slow, in fact, that users suspect that the fast charging tech simply fails to kick in.

As if the above two aren’t enough, some Redmi Note 8 Pro owners have also reported [1, 2] that their volume levels have taken a hit following the MIUI 12.5 update.

The issue’s behavior is a bit odd as a few users [1, 2] have observed that the audio volume decreases gradually on its own while media is playing.

And last but not the least, the Redmi Note 8 Pro’s Wi-Fi seems to be acting up. Complainants [1, 2, 3] say that it either keeps disconnecting or fails to connect at all.

Unfortunately, there hasn’t been any official acknowledgment for any of the issues yet so it’s unclear if they’re going to get resolved anytime soon.

It would be wise if Xiaomi delays the update a bit more and sorts out the various bugs and issues plaguing it before rolling it out for any more regions. Nonetheless, there is actually one thing that can be tried before a bug-fixing update release if the issues are bothering you a bit much.

Mi Community moderators are known to request users to factory reset their device in case of issues following a major update, calling it good practice. And you are always free to try out the same.

The sound volume fluctuating (gets louder) and Wi-Fi issues (both 2.4GHz and 5GHz) on the Redmi Note 8 Pro have now been acknowledged with the latest edition of the MIUI Weekly Bug Report.

The report seems rather cryptic but it does appear that devs are working on a fix. 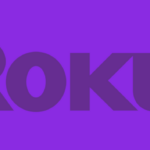