YouTube is among the most-visited websites on the internet which allows users to view, share, upload, and rate videos.

Founded way back in 2005, YouTube has now become one of the top online-video sharing platforms, however, it has its own flaws.

Users keep on facing issues while using YouTube every now and then. However, an almost two year old thread on the Google Support community has a story of its own.

YouTube, at times, would throw the ‘Oops! Something went wrong’ error to users and this issue has been persistent since 2019.

While new user reports keep appearing on the thread, there has been no official response from the tech giant so far.

The actual cause of the error is not mentioned on the page but several reasons that might trigger the issue are listed.

These include insufficient device memory and problems with the internet connection. Also, there are some generic troubleshooting steps.

The basic troubleshooting involves reloading the page, closing excess browser tabs to free up device memory, and restarting the browser, router, and computer.

If the issue does not get resolved, updating the web browser to the latest version might fix the problem.

Moreover, Google has mentioned that setting Google Chrome as the default browser might solve the aforementioned error. Taking all this into account, the said error mostly appears to be a server side issue but as mentioned by Google, some things are indeed out of their control.

You can let us know if following the above-mentioned troubleshooting steps resolved the issue for you by dropping a comment below.

That said, we will be back with more such stories as and when new information becomes available so stay tuned to PiunikaWeb.

In the meantime, you can check out our dedicated YouTube bugs/issues tracker to get the latest updates on the topic.

Recent reports suggest the issue is troubling many YouTube users once again. What’s good is the issue has been officially acknowledged and is being looked into. Here’s what a team YouTube member said regarding this at the community:

Jumping in – I did see a couple of similar reports last week on the forum and have passed this info along to the YouTube Desktop team! Rest assured that they are looking into it 🙂

A recent report from the Google Support community indicates that the “Oops! Something went wrong” monkey error has now been fixed, according to a Product Expert. However, an official word regarding the same is still awaited.

Recent reports (1, 2, 3, 4) indicate that many YouTube users are still troubled with the ‘Oops, something went wrong’ error on desktop despite it being fixed a couple of months ago.

Unfortunately, there’s no confirmation from YouTube on whether or not the company is working to fix it again for good. 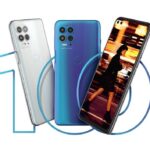 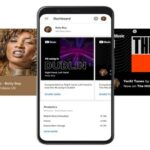