The streaming service industry has been exploding over the past couple of years in terms of popularity where people are shifting towards OTT platforms at a high pace.

Especially in the year 2020, where people were locked in their homes, binge-watching web series, shows, and movies was a great medium to keep them occupied. This brought in thousands of new customers to several OTT platforms.

In the midst of streaming services getting subscribed left and right during the pandemic, WarnerMedia’s HBO Max launched in the U.S. in May 2020, featuring all of its proprietary content from various franchises.

There’s no doubt it’s an absolute rival to its counterparts such as Netflix, Amazon Prime, and another new entrant, Disney+. But ever since its launch, it’s been plagued with an issue that even until this day has not been resolved for many.

The issue is that HBO Max users on Android, iOS and even Windows PC are not able to cast their content on Chromecast-supported devices such as smart TVs, Chromecast dongle itself, and other devices.

HBO Max users when trying to cast, after few minutes of loading are greeted with a ‘Something went wrong’ or ‘905 301/905 303’ error, or in some cases, the device which users want to cast to, won’t show up in the list.

Some users took it to Twitter to address their complaints with casting issues on HBO Max.

@madebygoogle hey team, I have an issue with a Chromecast (puck). I’m unable to cast HBO Max. Any help? Thanks in advance
Source

After updating to iOS 14, several HBO Max subscribers have been reporting issues with casting, for which there might be a workaround. This has to do with toggling ON the HBO Max app from Local Network Privacy settings.

Figured out the issue… Turns out in iOS14 there is a new Local Network Privacy setting. For some reason, the HBO Max app had that setting turned off, while my other apps that use Chromecast were turned on. Not sure why that was, but once I turned that setting on, the HBO Max immediately showed the Cast icon. Source

Apart from that, there are usual basic workarounds such as rebooting your phone, force stopping the HBO Max app, restarting the Chromecast device or smart TV, etc. which might do the job in some cases.

It’s understandable that being a relatively brand new app, it may have inconsistencies but shouldn’t be at the expense of watching experience.

Hopefully, all the concerned parties (Google and HBO Max) come together and figure out a permanent and concise fix for this longstanding issue.

As of now, there’s no official word or statement if and the issue will be resolved, but if there’s any progress we’ll be updating the story to let you know the same.

NOTE: You can also check out our HBO Max bug tracker which is constantly being updated with new bugs and issue reports that arise from time to time. 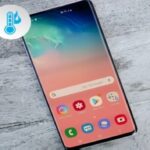