The Apple Watch is undoubtedly the most feature-rich smartwatch on the planet. Over the years, it has gained so many cool abilities and functions which make it even better over the course of time.

Apart from being loaded with fitness features, which fitness freaks have all come to love, Apple Watch very much excels in the software department too which is extremely fun to use.

All this is made possible by watchOS, which is Apple’s proprietary software for its smartwatch. With several generations of Apple Watch launches, here we are with watchOS 7 which brings new workout modes, sleep tracking among other major updates.

Revolutionizing the smartwatch market doesn’t mean it’s the perfect out there. The Apple Watch always has had some persisting issues and among them is that workout GPS routes do not sync between iPhone and the Apple Watch.

The problem started showing up for some users after updating their Apple Watches to watchOS 7 back in September 2020, and the same was acknowledged by Apple and delivered a fix on iOS 14.2 considering the issue was with the iPhone.

Fast forward to today, despite the fix, many users are still not able to sync workout GPS routes between iPhone and Apple Watch. Almost all watchOS 7 compatible watches such as Watch Series 3, 4 and 5 have been plagued by the issue.

Even more user reports can confirm that workout GPS routes are not syncing even with the latest iPhone and Apple Watch models.

Reviving this thread as I just upgraded to iPhone 12 and purchased the Watch SE. The fitness app on my phone synced for 2 days from my watch then just stopped. I’ve tried everything aside from factory resets which I would really like to avoid. Praying to the Apple deity for a fix on the next update.
Source

With or without my phone, my watch hasn’t mapped one single walk, run, hike, interval training, bike ride. I’m active at least once every day, and nothing’s mapped anymore.
Source

The sad part is, many were eager to try out the watch but the workout GPS routes just won’t work as intended and only showed the starting point, with the endpoint nowhere to be seen on the route.

A frustrated user (who wouldn’t be?) on Apple community forums claims that Apple is aware that the iOS 14.2 update didn’t fix the syncing issues of workout GPS routes between Apple Watch and iPhone and is working on the fix.

If that’s the case then Apple Watch users can rejoice as they could finally be getting rid of the lingering GPS route syncing issues that have been persistent for almost a year.

Though there’s still no official statement regarding the same from Apple as there’s no mention of a related fix in iOS 14.7 or watchOS 7.6 which was released not long ago.

Once we hear from Apple, we’ll be updating this story so in case you’re also facing syncing issues on your Apple Watch, make sure to check back here on PiunikaWeb. 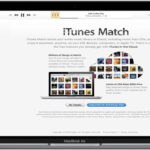 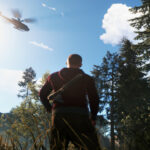