Rust is one of the most popular online multiplayer survival games. Since its release in 2018, the game has had a loyal player base with thousands of daily active players.

In May of 2021, Facepunch Studios, the developers of Rust, released the console version of the game in conjunction with Double Eleven. Since then, the game has gained massive popularity and fan following.

The objective of the game is to survive using the tools at your disposal. When you start, you will have nothing but a rock and a torch.

You will have to craft things to survive the various dangers that lurk in the open. While the game can be frustrating at times, sometimes players find some hilarious bugs. Recently, a Twitter user posted a video of a glitch on the Rust Console Edition that lets players enjoy a flying boat.

If you happen to play the game on Xbox or PlayStation, you can fly in the boat by following the steps below.

You will need around 50-60 arrows to make the boat fly, depending on how high you want to go. Then, sit in the boat and shoot your arrows at the wooden box in front of the boat. Keep shooting the box, and in some time, the boat will start flying along with the players in it.

Check out the video below shared by a Twitter user.

We want to remind you that Rust Console Edition is not the only version with the flying boat glitch. In the last few years, people have reported the bug on the PC version of the game.

While this is not game-breaking in any sense, the bug is quite funny.

Rust Console developers have acknowledged the issue and say that a fix is in the works. However, the team hasn’t shared any ETA.

We are already aware of the issue and working to fix it, but this clip is hilarious

You can take a look at how to reproduce the Rust Console Flying Boat glitch in the video below:

We hope you have fun with the glitch before the Rust development team fixes the bug. 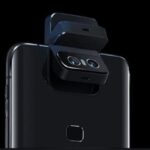