Alien Nanites are the latest items that have been added to Fortnite season 7. Players can use them as a throwable item or a crafting ingredient for some insane effects.

Of course, there’s also a new challenge or quest — Deploy Alien Nanites — that will be available once you complete the previous legendary quests.

But it seems that many Fortnite players have taken to social platforms such as Reddit and Twitter to seek help as the Deploy Alien Nanites quest or challenge is not working for them.

I’ve tried literally every combo… thrown at enemy, thrown at alien trespasser, solos, duos, trios, squads, team rumble, and even to test in customs… it doesn’t work no matter what I try (Source)

There seem to be two major problems with the new quest. Some players are claiming that they aren’t able to complete the quest even after throwing the Alien Nanites on the ground.

Others say that they can’t even find the nanites in the first place. That said, if you’re unable to find the Alien Nanites, you’ll have increased odds by searching for them in alien mothership chests.

It may take a few tries, but you’ll eventually bag the Alien Nanites. However, after getting your hands on the item, you might still not be able to complete the challenge. And this is what’s bugging players the most.

But fortunately, there seem to be a few workarounds that appear to have done the trick for most players who were unable to complete the quest.

Some say that you don’t have to aim while throwing the Alien Nanites. All you need to do is equip the item and press the fire button. This should do the trick.

Another individual, on YouTube, claimed that they were able to complete the challenge by throwing the Alien Nanites at their character’s feet rather than in the distance.

Make sure to give both methods a shot. Feel free to let us know if either of these potential fixes worked for you.

Epic Games is yet to share any details as to why the Fortnite Deploy Alien Nanites quest is not working for some. Hence, it’s possible that it was designed this way intentionally.

That said, we’ll post an update if and when there are any further developments.

After officially acknowledging the issue, Fortnite has resolved the problem in question. Following are the updates shared by them:

We are investigating the issue with the “Deploy Alien Nanites” Quest not completing for some players.

We will update you when we have more information.

We’ve auto-completed the “Deploy Alien Nanites” Quest.
Thank you for your patience!

Many Fortnite players are once again struggling to complete the ‘Deploy Alien Nanites anywhere other than Holly Hatchery’ quest in the game. If you too have been facing the problem, simply follow the workarounds shared above, as it appears to do the trick.

Just throw the nanite without aiming in. Also be at a named location. First part for sure not certain abt the 2nd (Source)

Going by the information confirmed by multiple Redditors, in case you’re struggling to find Nanites, abduction may help. Here’s what the players have shared:

Get abducted, the chests at the end are practically guaranteed nanites
source

Wat do you mean, OK first get abducted.

Those nanites I found worked for me using on ps4

I did it on two accounts

But some ppl hav said this didn’t work for them n nanites from Holly hatchery worked for them, those did not work for me plus to meany ppl landing ther now
source

IST 15:00 – One of the Redditors has shared if you’re struggling to complete the quest, then a mini-game in the UFO followed by looting chests should help.

Go inside the UFO and do the mini game but only go up to rare, then loot the chests and you should get some alien nanites.
Source

One of the YouTubers has shared a video that appears helpful in deploying alien nanites anywhere other than Holly Hatchery in Fortnite. So those of you still struggling may give it a try.

IST 13:30 – The Fortnite Status Twitter handle, which shares service updates for Fortnite, has now shared the following info related to this issue:

We’ve heard reports from players that the “Deploy Alien Nanites anywhere other than Holly Hatchery” Quest is not tracking progress properly. We plan to auto-complete this Quest with the release of v17.20. 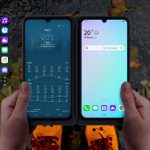