Hey! So my M1 Mac mini had been fine since December, until this week (March 20th) when it started randomly restarting and giving me an error lol that said “SOCD report detected: (AP watchdog expired)”.
Source

The nature of the issue makes it much tougher to diagnose a cause – it occurs sporadically making it extremely difficult to reproduce and demonstrate to Apple support.

However, users were able to actually find that it occurs when they have external hard drives or SSDs connected to their Macs (particularly WD), although a couple of users admitted to having faced the error without any connections as such.

Going through the forums shows that the error is more likely to occur when a user has the following connected to their Mac:

Moreover, considering the fact that all the reports come from users of Macs with the new M1 Apple silicon, it is safe to assume that the error may have something to do with the chip.

The issue has also been making rounds for months now and persists even with the latest macOS Big Sur 11.3.1 update.

Also, there hasn’t been any official acknowledgment to date so it might take a while before Apple quashes the issue for good. For now, there are a few workarounds suggested by users that may be of help:

1. Connect external drive only when you need it: Not exactly the perfect workaround but it would be smart to not leave the external HDD/SSD plugged in when working on something important. This would minimize your chances of data loss when the error strikes.

2. Use USB hub: One user suggested connecting external drives to a USB hub instead of connecting it directly to the Mac.

I have two external drives, both USB 3.0. The Seagate drive remains attached and works fine. My WD drive must be disconnected after use, or it causes crashes. Somebody told me to get a powered USB 3 hub (available for under $20 on Amazon) to fix this problem. Just plug it into a USB 3 port on the Mini and then plug both drives into it. I haven’t tried that yet.
Source

3. Check for USB port damages: Lastly, you might want to ensure that your USB hubs and ports are free from damages as the below user did. You can also try cleaning the ports gently.

11:34 am (IST): Some users report that the macOS 12 Monterey builds have resolved the problem.

have been running Monterey 12.0 (21A5268h) for a few weeks now. stable as a rock so far no crashes. Will report back if i get one though.
Source

10:56 am (IST): Following up on his comment (above), this guy says he just got the first restart on macOS 12 beta, suggesting the issue could still be a thing even in the upcoming OS.

On the brighter side, he points out that this time there was no SOCD error message. Instead, this is what they got:

got my first restart early this morning on 12 beta nothing popped up though about SOCD. 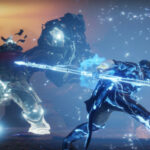