Call of Duty Black Ops Cold War is one of the most played first-person tactical shooters released last year. Published by Activision, it is developed by Treyarch Studios and Raven Software.

Over the last couple of months, Call Of Duty Black Ops Cold War players have reported a plethora of bugs ranging from frequent disconnections to the latest Mauer Der Toten Uranium Crafting bug.

From the looks of it, one can say that Treyarch Studios will have to spend more time fixing bugs more than it works on bringing new game modes and weapons. And it looks like Treyarch has to add another one to the list. According to several COD Black Ops Cold War Zombies players, it seems that the Mule Kick Tier V issue happens when you buy it at Wunderfizz.

If you have no idea what Mule Kick is, the feature was introduced on the legendary zombie map “Moon.”

The Mule Kick enables players to carry three weapons instead of two like in the standard loadout. It is available as a “Perk” in COD Black Ops Cold War.

According to players, the bug happens when you spam buy perks at the Wonderfizz.

I bought back mule kick, in hopes of my raygun being recovered. It worked, although it was very glitched: stuck at base level, and can be infinitely pack a punched. I don’t know if this only happens with der wunderfizz, I’m just giving a heads up
(Source)

This results in the Mule Kick Tier V weapon dropping to the ground, which you will have to quickly pick up before the weapon disappears.

Treyarch Studios is yet to acknowledge the issue. But users were quick to find a temporary workaround that has worked for some players.

If you buy the Mule Kick on its own instead of spam buying perks at Wunderfizz and wait for the Perk Animation to finish, the Mule Kick Tier V will be available as intended.

Solution is buying Mule Kick on its own (instead of the usual high round buy frenzy at Der Wunderfizz) and wait for the perk animation to finish. Fixes it every time for me!
(Source)

However, the Mule Kick Tier V is working normally if you buy it via the machine.

Have you encountered the Mule Kick Tier V weapon issue when playing COD Black Ops Cold War Zombies? Let us know in the comments below! 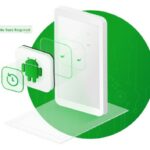 How to recover deleted files from any Android phone without root