Redmi K20 was launched back in 2019 which marked Xiaomi’s entry into the upper-midrange smartphone segment. Pretty risky take on Xiaomi’s part since it had always catered to the below INR 20,000 market.

Nonetheless, both the Redmi K20 and its superior variant Redmi K20 Pro were received by the people and sold pretty well in most markets. The USP of the K20 series was the edge-to-edge display without any distraction such as a notch or so.

The back shimmering design was one of a kind as well. Xiaomi put a lot of efforts into the K20 which made it a great all-rounder phone. The Redmi K20 was equipped with Snapdragon 730 which even till this day, variants of the particular SoC are being used such as Snapdragon 720G, Snapdragon 730G/732G found on most Xiaomi and Realme phones.

On the software end, Redmi K20 came with Android 9 out of the box with MIUI 10. Well, Xiaomi is kind enough and is now rolling out a stable MIUI 12.5 update for Redmi K20. Do note that this is the Pilot release and thus most users will not receive it.

As far as other details are concerned, the build number for the software that is rolling out is V12.1.4.0 RFJINXM. This has been reported on ‘Mi Fans Home’ channel on Telegram which conveys MIUI updates.

Now for the changes and features of MIUI 12.5 brings, these are mostly just refinements made in the UI and polishing up the things in MIUI 12 itself.

Though the signature feature is the ability to delete first-party apps such as the calculator among others. Also, various system optimizations have been made for a more fluid experience with long-lasting battery life.

If you have received the update then well and good, if not then having patience or installing manually is the only choice you have in order to get hands-on MIUI 12.5 at the earliest.

Fun fact –The Redmi K20 series was launched exactly 2 years back on July 17, 2019 as of publishing this story.

Now with MIUI 12.5 bagged by Redmi K20, moving forward, there are rumors that it may even receive MIUI 13 update which is supposed to be announced later this year or at start of next year.

Just in case if you’re wondering which device has got or will get the MIUI 12.5 update, head over to this link to know more. 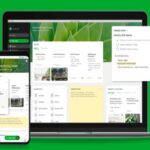