People have been binge-watching their favorite series and movies more than ever since the onset of the pandemic.

Netflix had announced last year that it had seen a huge surge in subscribers because people were stuck at home around the world. The same could of course be said for Hulu as well.

With Hulu, one can watch thousands of TV shows, movies, Hulu Originals, live TV channels, and much more. While many prefer to watch their stuff on larger screens like TVs and laptops, others favor the privacy and comfort of their mobile phones.

@hulu_support excuse me. For some reason my Hulu isn’t working. Whenever I try to play a video it continuously loads and ultimately doesn’t work. How should I proceed?
Source

However, a section of such users has been unable to stream Hulu recently due to a possible bug in its iOS app. Complaints state that trying to play a video results in infinite loading.

This may be followed by a message saying that “We’re having trouble playing this” combined with an ‘Error code: P-DEV318’ on Hulu iOS.

Moreover, several users noticed that this issue occurs intermittently or may even be limited to select episodes in a series. Some also observed that the error is mostly reproducible with shows that require subtitles.

Now, the subtitles link can definitely not be ruled out since a few users have complained that the subtitles have recently stopped working even when turned on.

No, when I get the video to play, the subtitles won’t show up even though they’re on.
Source

Nonetheless, if you are one of the users facing this issue, then the available temporary solution is rather simple. Just restart the Hulu iOS app and it will go away.

Still, something is definitely broken and needs fixing. After all, one can only restart the app so much before getting frustrated.

Thankfully, Hulu Support has already acknowledged the Hulu ‘Error code: P-DEV318’ issue and notified that they’re working on a fix. They were also kind enough to provide a workaround while they work on fixing stuff.

Click here to head over to the Hulu desktop site directly. We hope that the issue will get resolved soon.

10:05 am (IST): It seems that the error code P-DEV318 has once again popped up, however, this time it’s Apple TV users who’re seeing the message. We’ve shared some images by users below:

Fortunately, Hulu is aware of the problem and working on a fix for it.

Meanwhile, Hulu support is asking users to follow a few prompts to help fix the issue:

Is this happening on a ATV by chance? If so, we’ve received similar reports in regards to this behavior. Pls follow the prompts here: https://hulu.tv/ContactSupport- & pick “I still need help” for 1:1 support. We’d like to grab more info to help us look into this further! (Source)

You can even head here to check out a few other troubleshooting steps that might fix the problem. 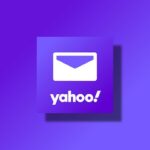 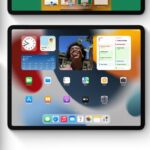