The Motorola Moto G 5G is a mid-range smartphone that came out in November last year. Powered by the Snapdragon 750 5G, it is one of the early adopters of the 5G technology.

A few months ago, we reported that the Motorola Moto G 5G Plus got the Android 11 update. Since then, Moto G 5G users have been eagerly waiting for their device to get the update.

Now, it looks like the Motorola Moto G 5G is finally getting the Android 11 treatment.

The information comes from a Telegram group called ‘Moto updates Tracker’ that posted the updated version along with the download link in the group.

The Motorola Moto G 5G has the codename Kievv, which matches the description along with the phone model number. The said update comes as version RRV31.Q2-36-14-14.

Motorola Moto G 5G Android 11 update will bring several new features offered by Android 11 and might feature some under the good performance improvements as well.

We hope Motorola brings in some goodies such as Moto Audio and Moto Gametime. At the moment, we haven’t come across any reports from users claiming to have received the update. Hence, it’s highly likely that the update may be rolling out in small batches.

Having said that, we will update you once more information is available, so stay tuned.

In the meantime, make sure you check out our Motorola Android 11 update tracker to see which devices have received the update.

It seems that Motorola has begun rolling out the Android 11 update for the Moto One Fusion as well. The update is currently hitting handsets sold in Brazil and should slowly make its way to other regions too.

The new update bears the software version RPL31.Q2-63-10-2 and carries the June security patch. A user has even taken to Twitter to share a screenshot of the update: 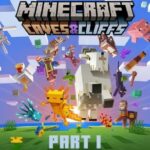 [Updated] Minecraft 'A JNI error has occurred, please check your installation and try again' or 'Java exception' after 1.17 update? Here's how to fix