Android 12 is being touted as the biggest generational update to the Android operating system in the past few years. It comes with more customizations and a new design language called Material You.

Alongside the launch, Google also released Android 12 beta 1 at the event for its Pixel devices and the first developer preview for devices from some third-party partners. Recently Google released Android 12 beta 2 for Pixel devices, tagging along some more features and changes to the operating system alongside bug fixes and performance optimizations.

The changes made to the Quick Settings, which now has been completely redesigned with bigger toggles, has received mixed responses from users.

The on/off Wi-Fi toggle that was in the previous Android version and in Android 12 beta 1’s Quick Settings has now been removed.

Now when you tap on the new Internet toggle, you get a menu showing all available networks. This new change hasn’t sat well with some users since they are now unable to toggle Wi-Fi on/off from Quick Settings in a single tap.

Wifi and mobile data are two different things and shouldn’t be lumped together like this. I like to turn my WiFi off when I leave the house and would like a Quick toggle back as no it is super inefficient. (Source)

As many already told, please bring back the WiFi tile on the quick settings panel. With beta 2 it has now become so hard to just turn on/off WiFi. This is really bad UX. I see no purpose for this change. Please keep it the old way!!! (Source)

Some Google employees passed on the displeasure shown by the users on how they are unable to toggle WiFi on/off from Quick Settings to the development team.

We have passed this to the development team and will update this issue with more information as it becomes available. (Source)

We are hopeful that Google will take a closer look at this uproar and make appropriate changes in the next beta or final build of Android 12 when it arrives later this year.

In the meantime, we will keep following the matter and keep you up to date.

IST 07:15 pm: As per a user report, it seems the Android 12 beta 2.1 update made it even difficult to manage the WiFi networks as the WiFi pop-up at the bottom does not include the toggle but a link to the settings.

Beta 2’s lack of WiFi toggle in quick settings was bad enough, although you could still temporality disable it in the pop-up at the bottom of the screen. Now in 2.1 it’s even worse. There’s no toggle in the pop-up. Instead, it’s a button to link you to settings [facepalm].

IST 12:52 pm: Android 12 Beta 3 just went live and it introduces some changes to the Wi-Fi and mobile data menu where you also get a new toggle to turn Wi-Fi on or off.

There’s a wifi off button now on the network panel. That is convenient!
Source 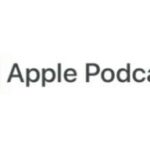 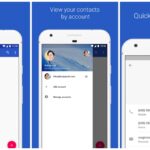