The Xiaomi Mi Mix series is a flagship offshoot series that is usually manufactured in limited numbers. It always has had top-tier specs but differs from the mainstream flagship Mi xx series in that it comes with experimental features.

The devices are designed keeping enthusiasts in mind – enthusiasts that see phones not just as something to use to perform day-to-day tasks, but as an instrument that flaunts some of the best and bleeding tech that smartphones of today and beyond can offer.

Previous models from the Mi Mix series were attestations of Xiaomi’s (or every other smartphone brand, to be honest) obsession with maximizing the screen-to-body ratio, no matter what the cost.

The Mi Mix 2, for example, moved the selfie camera to the bottom chin to give an extremely immersive, full-screen display experience to the beholders.

Its successor – the Mi Mix 3 – capitalized on the same display principle as its predecessor but took things to the next level by opting for a sliding mechanism to solve the notch problem.

Sure, there were concerns regarding the durability of such an implementation initially, but it’s been almost two years since release and we are yet to come across a single user report about a jammed slider.

But even with all of these accomplishments, there is one aspect where the Mi Mix 3 falls behind, an aspect that unfortunately is rather crucial – software updates.

Blame its small sales figures all you want, but a tiny userbase just isn’t enough to justify lackluster update support for a flagship-level offering.

We previously highlighted how Android 11 update plans for the Xiaomi Mi Mix 3 were shelved and MIUI 12.5 seemed to be in limbo.

While there’s still no sign of Android 11, despite the device only receiving one major Android update to date, MIUI 12.5 based on Android 10 has now surprisingly gone live in China.

This comes even as a moderator had declared MIUI 12.5 for the Xiaomi Mi Mix 3 as highly unlikely. Xiaomi sure can be full of surprises sometimes.

Anyway, the download link and complete official changelog for the update have been given below.

Again, the build is for the Chinese variant of the Mi Mix 3 which means that it cannot be directly installed over global variants, unless you have an unlocked bootloader and are ready to perform a complete storage wipe.

Still, now that one variant has gotten the update, other variants will follow soon. Thus, it is advisable to keep an eye on our dedicated MIUI 12.5 update tracker in the meantime. 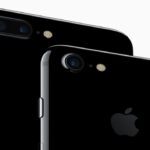 iOS 14.6 update on iPhone 7 series may have interfered with the microphone (mic not working) for several users