Realme Narzo 30 Pro 5G users can rejoice as they’re now one step closer to getting the stable Realme UI 2.0 update based on Android 11.

How so? Well, the company just announced that applications for the Realme UI 2.0 Open Beta program are now live for those who’re interested.

To recall, Realme kick-started the Early Access program for the Narzo 30 Pro 5G back in June along with the Narzo 30A and Realme 5 Pro. That said, Realme Narzo 30 Pro 5G users who didn’t get their hands on the Android 11-based Realme UI 2.0 update via Early Access, now stand a chance to try out the new skin through the Open Beta program.

In case you’re interested, you will first have to update the phone to version A.37. Here’s the link to download the update manually if for some reason you aren’t able to download and install it over the air.

Once updated to the required version, follow these steps to apply for the Realme UI 2.0 Open Beta program on your Narzo 30 Pro 5G:

There are only a limited number of slots available. Hence, the quicker you register, the higher your chances of getting the Open Beta update.

Naturally, being a beta update, you may run into a few bugs and issues here and there. Thus, if you wish to roll back to Android 10, you will be able to do so as Realme has dropped the rollback package as well.

The Open Beta program is expected to continue for a few weeks after which the stable update will begin rolling out in batches.

So stay tuned to our dedicated tracker to know more about the status and availability of Realme UI 2.0 all eligible devices.

You can even keep track of the Android 11 rollout from all major OEMs and carriers by heading here. 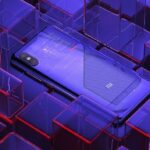