Many people use Google Pixel devices across the globe because of a light and clean Android experience on top of flagship-level hardware.

While the Pixel series devices have a lot to offer, some bugs and issues keep spoiling the user experience.

Now, it seems an old issue is still troubling users of the Google Pixel devices including the Pixel 3a XL, Pixel 4a, and Pixel 5.

As per multiple reports, users of the said Pixel devices have been experiencing the battery drain problem ever since the June 2021 security update came out.

Also, the said battery drain issue is present on the Google Pixel models even after the recent July 2021 security update.

I updated pixel 4a with the July update and it is still the same issue.
Source

As @Penelope R. suggested, have filed a feedback of the issue. Hope others who are facing the similar issue also leave a feedback in order to take it to the notice of the dev team. The unusual battery drain unfortunately continues after the July Patch too. Hope they rectify and help by fixing the issue soon.
Source

While it is unclear what the exact cause of the said issue is, many users are experiencing it which further indicates that it is widespread.

Moreover, Google has not made any comments on the matter so far which has further added to users’ dilemma.

This lack of clarity on the matter has further led users to come up with a workaround on their own.

It was recently reported that Google Pixel 4 XL users have also been facing battery-related problems since the June 2021 security update.

And apparently, downgrading the Pixel 4 XL to the May 2021 build appears to be solving the problem for them. It seems this workaround is also applicable to the battery drain issue on the aforementioned devices.

Head here for the steps to downgrade Google Pixel devices to the May 2021 build. While the said workaround is resolving the said battery-related problems, Google still has to come up with a permanent fix for the same.

Hopefully, the tech giant looks into the matters and soon releases a proper fix to isolate any battery-related issues on the Pixel devices.

[Updated] Does Google Meet have a time limit? Here's what you need to know 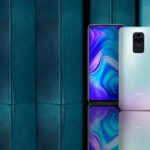