Motorola Moto G20 came out back in June with Android 11 out-of-the-box and some decent specs. While being a part of the Moto G series makes it a potential candidate for Android 12, a recent development suggests otherwise.

A Motorola Moto G20 user inquired about the Android 12 update in a recent Reddit post. However, the response from a Moto moderator has given way to further speculations.

The user specifically asked if the Moto G20 will follow the same software update support style as that of the Moto E series which means no major Android OS updates.

While the Moto G series devices are promised one major Android OS update, the fate of the Moto G10 and Moto G20 remains unclear if the said Reddit post is anything to go by.

Also, the response from the Motorola moderator further complicates matters as there is currently no word on the Android 12 update for the Moto G20.

However, the moderator has further said that users should keep an eye on the Motorola blog and official software upgrade news page for any developments.

This clearly indicates that the OEM might not be focusing on the Android 12 update yet. Motorola is still updating its eligible devices to Android 11 and the Moto G9 series devices recently bagged the same.

This further makes the Moto G10 and Moto G20 eligible for the Android 12 update. However, all this is still based on speculation until a proper announcement on the matter comes out.

The Android 12 update is still in the testing phase and the stable release is still a bit far.

Thus it is too soon to assume anything for the Moto G20 and Moto G10 as both devices are relatively quite recent.

Hopefully, Motorola soon clears the air around its Android 12 update plans so users can get a better understanding on the matter.

That said, we will keep tracking the development of Android 12 and report back when we get new information to share.

In the meantime, you can check out our dedicated Motorola Android 12 update tracker to get the latest updates on the topic. 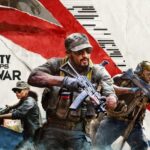