[Updated: Oct. 30] Hulu not working (loading or playing) issue on Roku players after Roku OS 10 update may have been fixed, as per some users

Hulu is a popular name when it comes to video on demand services. The Disney-owned service has many subscribers who use it on Roku Streaming Players.

As per multiple reports, it seems that the Hulu app is not working on multiple Roku players after the Roku OS 10 update.

Users have been reporting that when they try to play some content on the Hulu app it keeps on loading and eventually goes back to the home screen.

This issue where the Hulu app is not working on Roku Streaming Players is inconveniencing many users.

Also, users have been getting generic troubleshooting steps from Roku employees but even that is not fixing the problem for them.

While a Roku Employee did mention that the engineering team is investigating this issue, the said acknowledgement was only meant for Roku 2 Streaming Player (model 2720X).

For this specific model, our engineering team has been investigating this issue closely, and once more information is available I’ll be sure to let the Community know.
Source

However, recent reports from those facing the issue indicate that it might have been fixed by Roku.

I can confirm the Hulu returning to Hulu home when attempting to play on 27×0 models has been fixed.
Source

Our Roku 2 started playing Hulu normally last night. Thanks for the updates, folks. We certainly didn’t get any notice from Hulu or Roku that anything had changed.
Source

Several users have been reporting that they are able to use the Hulu app on their Roku player but there is a catch.

It appears that the issue might have been partially fixed as users are unable to watch content from all categories in the Hulu app.

So, it is possible that Roku might be addressing this issue in stages on server-side, however, this is still based on our speculation.

Unfortunately I can also confirm the fix was only partial – I also get the blank gray loading screen for movies etc.
Source

Hopefully, Roku resolves the said problem soon so that Hulu subscribers can enjoy their favorite content without any hassle.

07:10 pm (IST): Some users are reporting issue where the Hulu live is crashing on Roku. Hulu Support has acknowledged the issue and said that they are working on a fix. However, no ETA has been provided. 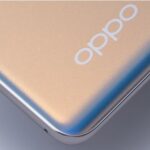 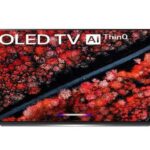