Several Oculus Quest 2 users have reported that they’re unable to download or install any apps or games for some time now.

Judging by reports, the issue seems to have materialized over 17 hours ago and has still not been resolved at the time of this article’s writing.

i just bought a game and it took my money and now it just has a spinning loading icon where you would click purchase and it’s loading… it’s not in my library either, i tried turning the quest off and back on and it’s still doing it
Source

@OculusSupport hello. I cannot get any of my “not installed” apps to install. Also tried to download a free app from the store but that didn’t work either. Internet connection is fine, and I have reached out to support and submitted a request. Thank you
Source

Trying to download anything from the Oculus Quest Store results in an infinite spinning wheel and the purchased/downloaded item never really makes it to the library.

Users have already tried basic workarounds like turning the Oculus Quest off and back on but the issue only persists.

Some Redditors were able to pinpoint the culprit behind the bug that prevents the installation of apps on the Oculus Quest 2 though.

Turns out it was a recent firmware update that was released at around the same time reports begun to pour in.

But app download and installation isn’t the only problem users are facing as some have even complained that all their installed apps have gone missing following the update.

A few have also reported that they can’t use Air Link at all due to which they’re unable to play anything they have on a PC.

Thankfully, Oculus on Twitter has already acknowledged the issues saying that they’re aware of them.

The VR headset company also said that the problem temporary and will likely disappear on its own, but that they are working towards resolving it anyway. 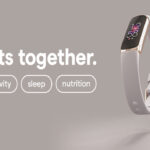 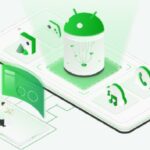