NordVPN has been around since 2012 and people use it for numerous reasons on platforms like Windows for which Microsoft recently announced the next iteration i.e. Windows 11.

Windows 11 is currently in the testing phase with its Insider previews available to independent developers and enthusiasts.

However, recent reports indicate that users of NordVPN have been finding it hard to use it with the latest Windows version.

According to several user reports, NordVPN is not working on the Windows 11 Insider preview build which is causing users to downgrade the OS to Windows 10.

This is certainly inconveniencing those who have NordVPN subscription as there is currently no way to get the virtual private network to work on Windows 11.

Hey, @NordVPN, your product is not working on WIndows 11. I can’t conect with any network. Can you fix that for me?
Source

While the said NordVPN issue appears to be widespread, support has acknowledged the same and a fix is in the works.

However, it has been specifically said that the fix will come out along with the official version of Windows 11.

This further suggests that users may have to wait for a while before NordVPN officially starts working on Windows 11 as the official release is still quite far.

Thus NordVPN subscribers and other loyal users will have to stick to Windows 10 for the time being.

It is only natural for several applications to not work properly or at all with Windows 11 at this moment.

This is because vendors are still preparing their apps for the upcoming Windows version.

Hopefully, NordVPN releases an update which is compatible with Windows 11 in the near future so that those on the Insider preview build can use the virtual private network without any hassle.

That said, we will report back with more details when any new development occurs on the matter so stay tuned. 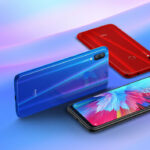 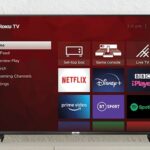