Apple’s HomeKit is used by many to control their smart home appliances including security cameras. The HomeKit Secure Video (HKSV) cameras can be further managed with the Home app.

The HKSV notifications settings includes options to control activity notifications based on time, people, and when any motion is detected and a clip is recorded.

However, the iOS 15 update appears to have added a new option in the activity based notifications section of the HKSV notification settings.

A Reddit user has shared the screenshot of the HKSV notifications settings page from iOS 15 where a new option dubbed as ‘Specific Motion is Detected’ is available.

Selecting the said option further enables three options where users can get notifications when people, animals, and vehicles are detected.

This further makes it easier for HomeKit users to customize the HomeKit Secure Video notifications as per their convenience.

Since the upcoming iOS update is still in the testing phase, regular users will have to wait for the stable iOS 15 build to get the new HKSV notifications option.

However, it is still good to see that Apple is constantly improving the user experience with such tweaks.

While some users may not be quite excited about the upcoming iOS update, the addition of such small or big features indeed make it a major update.

To recall, the iOS 15 update also includes the Critical Alerts option for the HomeKit notifications.

Also, there are several improvements for the Spotlight function in the upcoming iOS version.

That said, we will keep tracking the development of iOS 15 and will report back when we get new information to share. 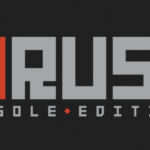