Chivalry 2 is a first-person multiplayer hack and slash game heavily inspired by medieval-era movies and battles.

With 64 players on the battlefield, the game is a perfect combination of hack and slash and skill-based mechanics. From arrows to flaming bows to swords, you can use any weapon you want.

It is the successor to the much-loved Chivalry: Medieval Warfare that came out back in 2012. Chivalry 2 was very well received by gamers and critiques alike. Just a month after its release, Chivalry 2 developers are already working on new features and game modes. And yeah, they also have plans to fix the Xbox Series X user experience.

Having said that, Chivalry 2 developers are also bringing the famous “Arrow cam” feature from Chivalry: Medieval Warfare. If you are unfamiliar with the Arrow cam, it is basically like a camera attached to the arrow.

Players can see where the arrow is going until it hits something. But don’t expect the arrow cam to go in slow-mo like in the movies. The cam speed is pretty fast since it is a multiplayer game.

In addition to the Arrow Cam feature, the game is also getting some new game modes. The “Content Update 1” will also bring in two new maps and a game mode. Details about the upcoming game mode are still unknown.

The best part? The upcoming Content Update 1 will be completely free. However, there is no word on the ETA.

Last but not least, Xbox Series S users will finally be able to play the game on 60 FPS as intended.

Even though the game is playable at 30FPS if you are playing solo, things get a little rough when you decide to play online.

According to the developers, the issue will be fixed in Patch 2.0.1, which has the ETA set to July. It was delayed a few days ago due to some unexpected roadblocks.

Last month, Chivalry 2 was having other issues with its party/invite system, along with some missing pre-order items. So we hope devs are hard at work fixing these issues.

Do you like the Chivalry 2 Arrow Cam feature? Let us know in the comments section below! 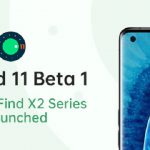