General Electric is a renowned name in domains like power, aviation, renewable energy, healthcare, and more. GE is also known for its smart home appliances which are used by many.

Among them, the CYNC or C by GE smart bulbs which can be used with Google Nest (Home) devices.

However, users of the C by GE smart bulbs have been facing a problem for quite some time which is preventing them from using the smart bulbs with Google Nest (Home) devices.

As per multiple reports, the C by GE smart bulbs keep on disconnecting from Google Nest (Home) devices to the point where they become unrecognizable by the Google Home app.

Should I even bother saying my C by GE lights are down, again?
I’m so glad it’s prime day because these lights have been way more trouble than their worth. I would not recommend them to anyone anymore.
Source

All my C by GE bulbs have stopped responding to Google Home Mini speakers and android Google Home app. Different bulbs connected to different Mini speakers. Tried all the tricks that normally work to reconnect: turn bulbs on and off, reboot Mini, remove bulbs from Google Home and try to reconnect them… No success. Anyone else having the same issue or have any ideas?
Source

While users are able to control the smart bulbs using the C by GE app, the issue occurs only with the Google Home app.

It must be noted that users are facing this problem with the Bluetooth smart bulbs but it is unclear whether the problem is present with the Direct Connect variants as well.

This clearly indicates that the said issue might be occurring due to the Google Nest (Home) devices or app and may not be with the smart bulbs themselves.

Also, an affected user reported way back in December 2020 that they got an acknowledgement from Google indicating that a fix was being looked into.

However, there have been no official comments on the matter ever since so it is unclear whether it is still being fixed or not.

This is further inconveniencing users to the point where they have to purchase the C by GE smart plugs to get the smart bulbs working.

Hopefully, Google soon fixes the said issue so that people can use their C by GE smart bulbs with the Google Nest (Home) devices without any hassle. 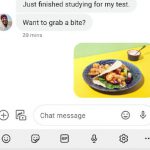 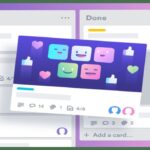